"James E. Press" is the former Deputy CEO of Chrysler Group LLC serving in that capacity from June to December 2009. He also served as Senior Advisor to Chrysler Financial Company. During this assignment, he assisted Sergio Marchionne in the transition to Fiat. Mr. Press was heavily involved in maintaining company operations and product development during the bankruptcy period.

Press was born in Pasadena, California being the younger brother of Larry Press. When he was six years old, he moved to Prairie Village, Kansas.

Presently, Press is President of McLarty International operating retail auto dealerships globally, with operations in China, Brazil, and Mexico. He is CEO of Yanjun Auto, a leading luxury auto dealership chain in China and he formerly resided in Beijing before moving back to Birmingham Michigan.

He is also Senior Advisor to RNBV, the Renault and Nissan Alliance, working closely with the CEO, Carlos Ghosn.

Our hybrid SUVs allow customers to have their SUVs and be responsible at the same time, and we've seen (demand) really accelerate since Katrina.

We see a time when everything will have to be a hybrid. 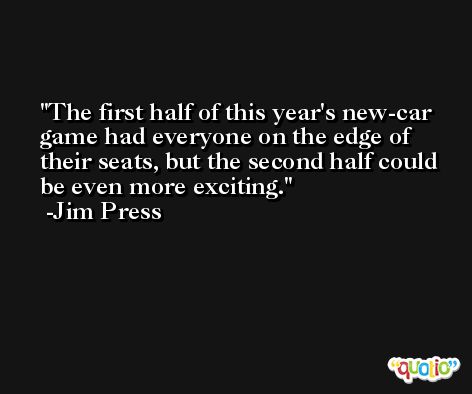 I think December is going to be a great month, ... There is a lot of inventory coming, new products. We will have a December to remember and forget October.

No one could have predicted such a monster year, nor anticipated the sustained strength of consumer confidence that fueled the economy. Every indicator points to a leveling-off in early 2000. But, of course, that's what we all said last year. 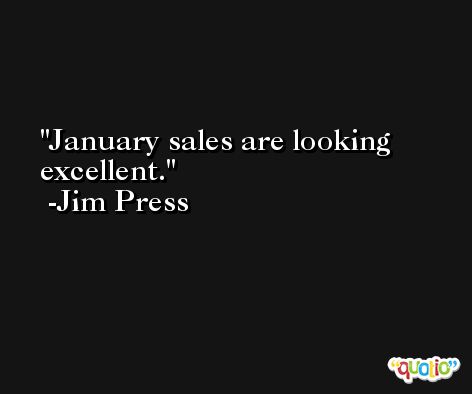 We and Toyota dealers have proven that we give customers good value and service. Republic has made claims that it will revolutionize the car business. All we've seen them do is gobble up dealerships.

It isn't that people aren't buying SUVs -- they've shifted their segment preference into mid-size and small SUVs, and now into hybrid SUVs. 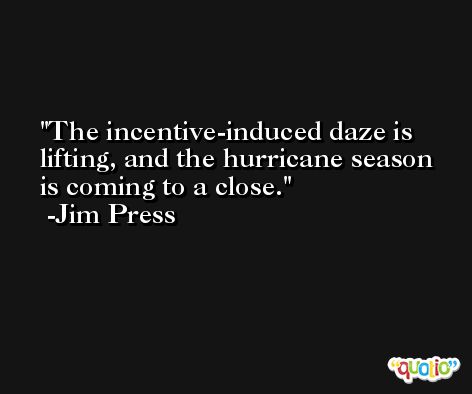