"James "Jim" Erickson" is a set decorator. He won the Academy Award for Best Art Direction for his work in Lincoln (2012 film)/Lincoln, and was nominated for There Will Be Blood. He has also done set decoration for Ali (film)/Ali and Independence Day (1996 film)/Independence Day.

The rovers are both in good shape. Normal science activities are increasing as we continue to get additional power out of the solar panels, primarily because the Martian day is getting longer.

It does cause tension in the family when you have to make choices between having Thanksgiving with your family and going off to solve a problem on the spacecraft. 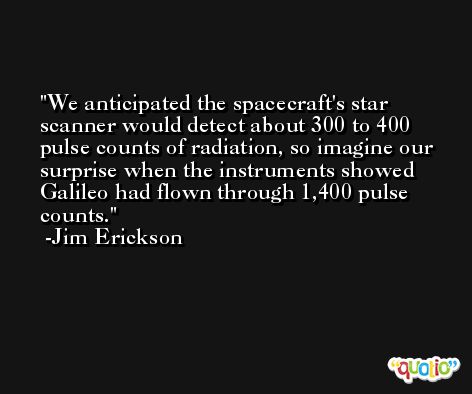 Part of the issue is that he did not believe that this was Professor Martin anymore. He thinks that he was confronted with a robot or a person that was controlled by a computer chip that was trying to kill him.

You've heard the who, what, when, where and how; now we will work on the why. 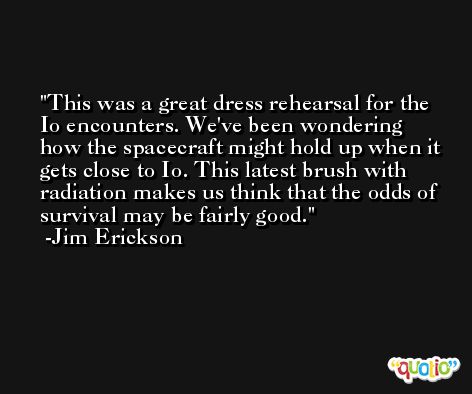 Then again, that's why we're exploring Jupiter and its moons -- to discover these unusual phenomena.

[For now, the rovers are in] amazingly good shape, ... We're going to work them hard to get as much benefit from them as we can, for as long as they are capable of producing worthwhile science results. 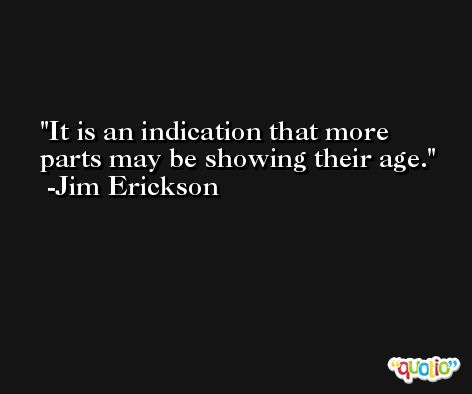