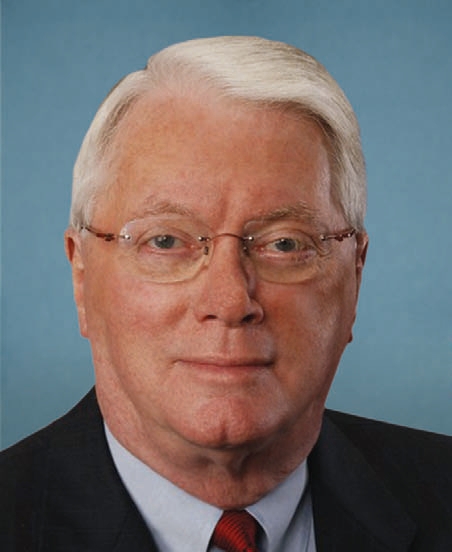 During his baseball career, he pitched from 1955 to 1971, most notably with the Detroit Tigers and the Philadelphia Phillies. In 1959, the right-hander struck out the side, throwing the minimum nine pitches as a reliever in the top of the ninth inning of Detroit's 5–4 loss to Boston at Briggs Stadium. Sammy White (baseball)/Sammy White, Jim Mahoney and Ike Delock were the victims of his immaculate inning. When Bunning retired, he had the second-highest total of Top 100 Major League Baseball strikeout pitchers/career strikeouts in Major League history; he is currently 17th. Bunning pitched the seventh perfect game in Major League Baseball history on June 21, 1964, against the New York Mets. He was inducted into the National Baseball Hall of Fame and Museum in Baseball Hall of Fame balloting, 1996/1996.

If you enjoy these quotes, be sure to check out other famous politicians! More Jim Bunning on Wikipedia.

From watching the news one would think the Iraqis want us out of their country. But an overwhelming majority of Iraqis support our involvement there. Our freedom is contagious and we helped liberate them.

Today, Medicare provides health insurance to about 40 million seniors and disabled individuals each year. The number is only expected to grow as the baby boomers begin retiring. 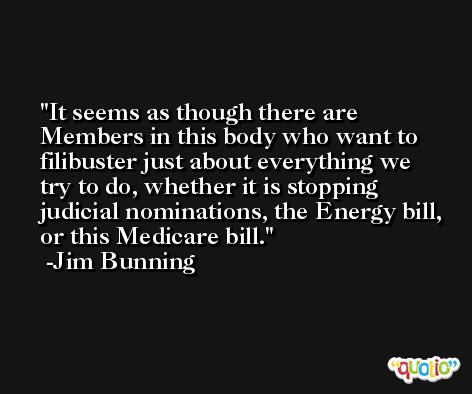 The activists will not stop in trying to impose their extreme views on the rest of us, and they have now plotted out a state-by-state strategy to increase the number of judicial decisions redefining marriage without the voice of the people being heard.

The hard line is for the good of the kids. 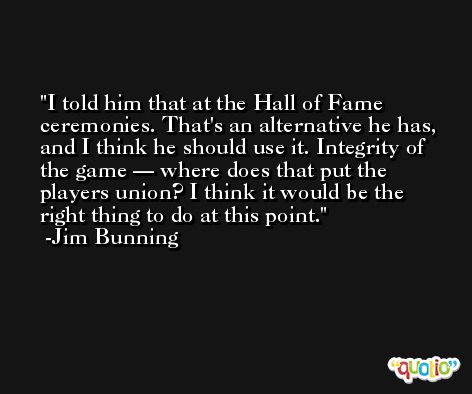 The war against terror is every bit as important as our fight against fascism in World War II. Or our struggle against the spread of Communism during the Cold War.

But public opinion will support him overwhelmingly. 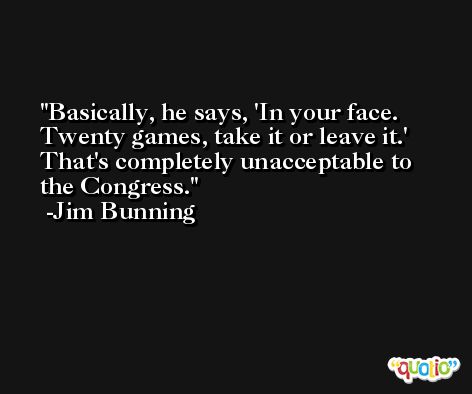