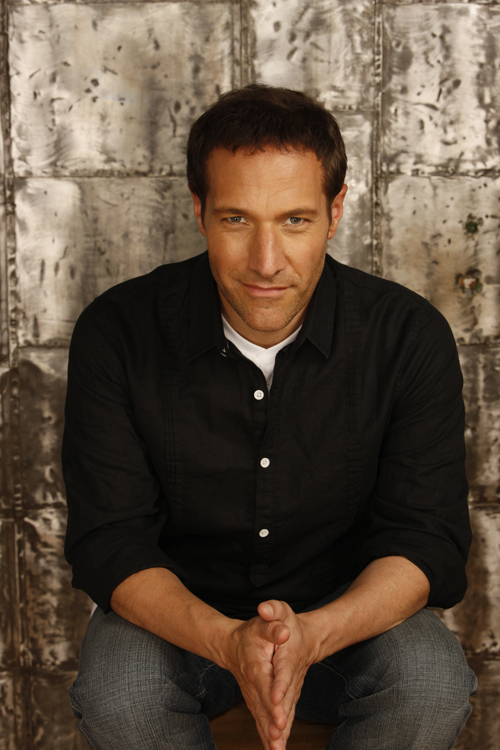 "Jim Brickman" is an United States/American songwriter and pianist of pop music/pop and adult contemporary music, as well as a radio show host. Being named the most charted male Adult Contemporary (chart)/adult contemporary artist to date, Brickman has earned six Music recording sales certification/Gold and Platinum albums. He is known for his solo piano compositions, pop-style instrumentals, and vocal collaborations with artists such as Lady Antebellum, Johnny Mathis, Michael W. Smith, Martina McBride, Megan Hilty, Donny Osmond, Delta Goodrem, Olivia Newton-John, and many others. He has earned two Grammy nominations for his albums Peace (2003) for Best Instrumental, and Faith (2009) for Best New Age Album; an SESAC "Songwriter of the Year" award; a Canadian Country Music Award for Best Vocal/Instrumental Collaboration; and a Dove Award presented by the Gospel Music Association.

Since 1997, he has hosted his own radio show called "Your Weekend with Jim Brickman", which is carried on radio stations throughout the United States. Brickman has also released five PBS specials, and hosts an annual fan cruise. He is founder of Brickhouse Direct, a company that provides strategic marketing and e-commerce solutions for clients in a variety of industries.

Listening to the CD and coming to the theater are very different experiences. I've always had the feeling that piano could be kind of a snooze if you just place one song after another. I'm the only thing to look at onstage, so it's up to me to make it as entertaining as possible.

I've probably played (in Utah) more than anywhere. There's always been an affinity for piano and melody in Utah. People kind of got to know me there, and I've come back so many times. It's always been a great place to perform. 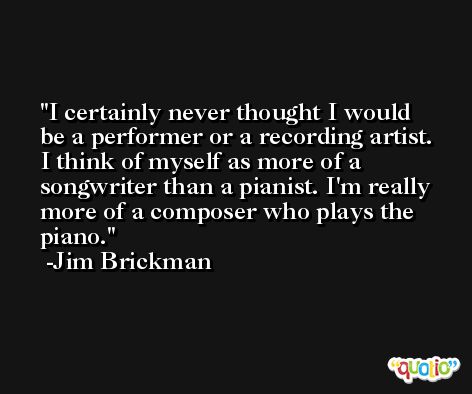 The whole idea of my music now is honesty and really being who I am. It's not really something I decide, and it's not something that you learn.

As I was getting older, my songwriting changed, so I moved to California because I wanted to be surrounded by the opportunity in and around it and to meet the right people. 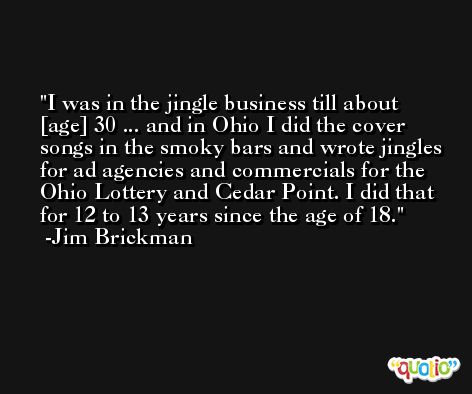