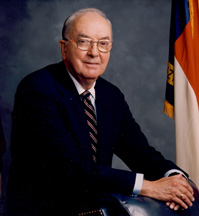 "Jesse Alexander Helms, Jr." was an American politician and leader of the conservative movement. He was elected five times as a Republican Party (United States)/Republican to the United States Senate from North Carolina. As chairman of the Senate Foreign Relations Committee from 1995 to 2001 he had a major voice in foreign policy. Helms helped organize and fund the conservative resurgence in the 1970s, focusing on Ronald Reagan's quest for the White House as well as helping many local and regional candidates.

If you enjoy these quotes, be sure to check out other famous politicians! More Jesse Helms on Wikipedia.

I do not intend to allow the Senate to rubber-stamp the president's plan to reward the Chinese Communists.

John Roberts and I worked on a response to that letter. 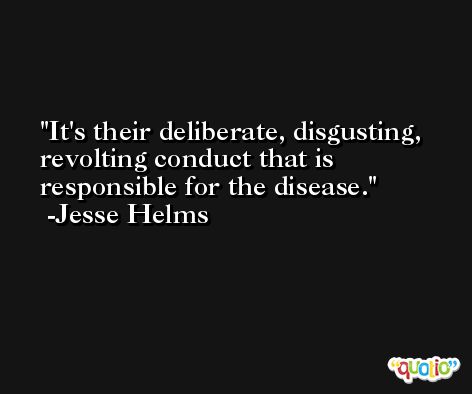 [Saying he didn't] particularly relish raining on their parade, ... perhaps uncomfortable votes -- on a range of issues relating to China.

We don't need to worry about the Indian nuclear tests if India has agreed not to have these weapons in the first place. 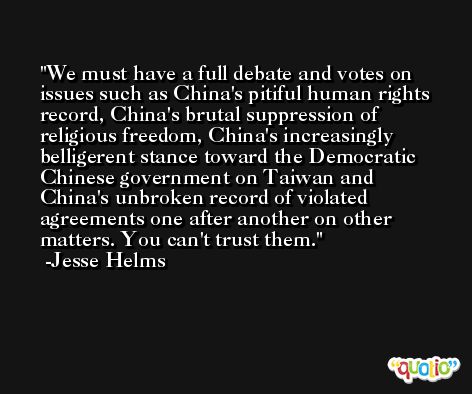 I'm not calling [William] Weld a skunk. But if you get into a certain kind of contest, you get your shoes wet. I'm not going to pick up his challenge. What he would like most in the world is for me to fire back so he could fire back.

To sacrifice Taiwan's security in order to appease the dictators in Beijing.