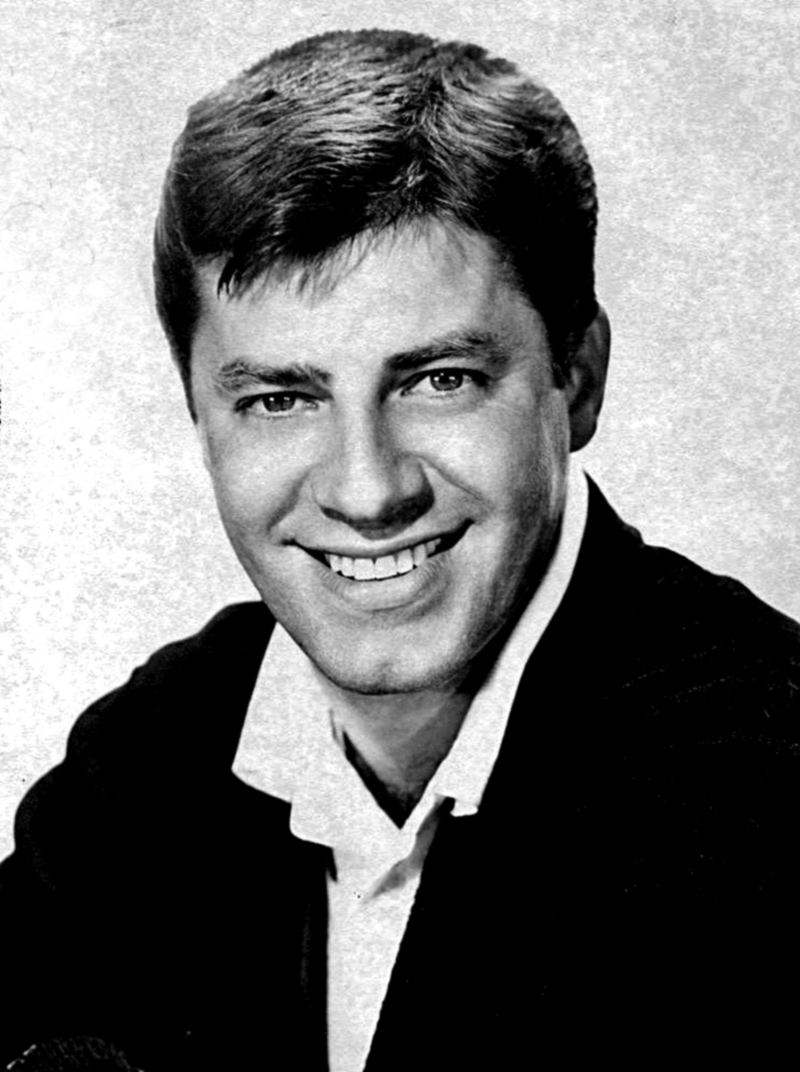 "Jerry Lewis" is an American comedian, actor, singer, film producer, screenwriter and film director. He is known for his slapstick humor in film, television, stage and radio. He was originally paired up with Dean Martin in 1946, forming the famed comedy team of Martin and Lewis. In addition to the duo's popular nightclub work, they starred in a successful series of comedy films for Paramount Pictures. Lewis is also known as the host, for more than 40 years, of the Muscular Dystrophy Association's annual MDA Labor Day Telethon/Labor Day Telethon and national chairman of the MDA. Lewis has won several awards for lifetime achievements from The American Comedy Awards, Los Angeles Film Critics Association, and Venice Film Festival, and he has two stars on the Hollywood Walk of Fame. In 2005, he received the Governors Award of the Academy of Television Arts & Sciences Board of Governors, which is the highest Emmy Award presented. On February 22, 2009, the Academy of Motion Picture Arts and Sciences awarded Lewis the Jean Hersholt Humanitarian Award.

If you enjoy these quotes, be sure to check out other famous comedians! More Jerry Lewis on Wikipedia.

I get paid for what most kids get punished for.

My door is always open to any member who wishes to build consensus on reducing unnecessary spending. My preference is to consider any proposal in a thoughtful, deliberate manner rather than reading about it in the newspaper. 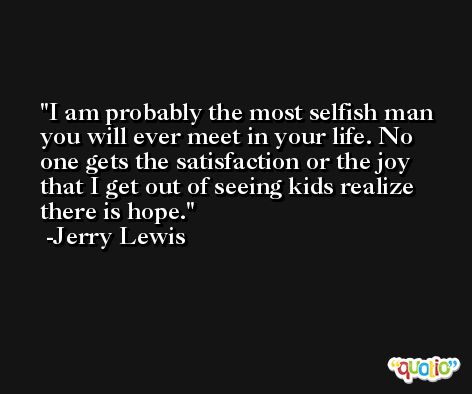 People hate me because I am a multifaceted, talented, wealthy, internationally famous genius.

I've had great success being a total idiot. 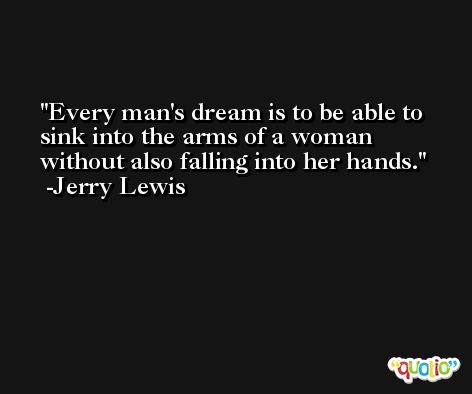 A woman doing comedy doesn't offend me, but sets me back a bit, ... I, as a viewer, have trouble with it. I think of her as a producing machine that brings babies in the world.

Pity? You don't want to be pitied because you're a cripple in a wheelchair? Stay in your house! 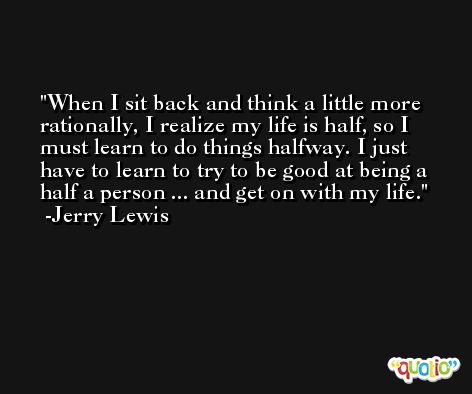