"Jerry Della Femina" (born 1936) is an United States/American advertising executive and restaurateur. Starting from a poor Italian background in Brooklyn, he eventually became chairman of Della Femina Travisano & Partners, an agency which he founded with Ron Travisano in the 1960s. Over the next two decades they grew the company into a major advertising house that was billing $250 million per year, and had 300 employees and offices in both New York and Los Angeles. Della Femina is known for his larger-than-life personality and colorful language and was referred to as a "'Madman' of Madison Avenue". In 1970, he wrote a book about the advertising industry, humorously titled, From Those Wonderful Folks Who Gave You Pearl Harbor: Front-Line Dispatches from the Advertising War. The book became a best-seller, described by The Guardian as "one of the defining books about advertising", and eventually inspired the television series Mad Men.

If you enjoy these quotes, be sure to check out other famous businessmen! More Jerry Della Femina on Wikipedia.

Thank you for making me nouveau riche. 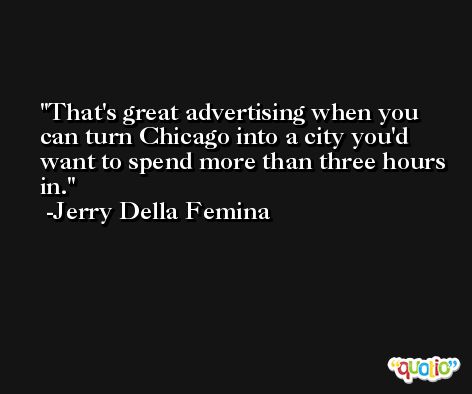 I honestly believe that advertising is the most fun you can have with your clothes on.

It goes back to all of us wanting to be in Hollywood. We're all dying to win an Oscar. 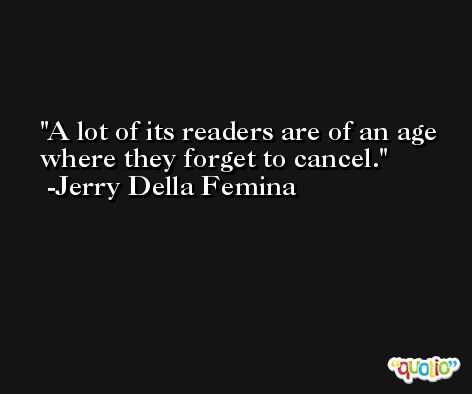