"Jerome Klapka Jerome" was an English writer and humourist, best known for the comic travelogue Three Men in a Boat (1889).

Jerome was born in Caldmore, Walsall, England. He was the fourth child of Marguerite Jones and Jerome Clapp (who later renamed himself Jerome Clapp Jerome), an ironmonger and lay preacher who dabbled in architecture. He had two sisters, Paulina and Blandina, and one brother, Milton, who died at an early age. Jerome was registered, like his father's amended name, as Jerome Clapp Jerome, and the Klapka appears to be a later variation (after the exiled Hungarian general György Klapka). Owing to bad investments in the local mining industry, the family fell into poverty and debt collectors visited often, an experience Jerome described vividly in his autobiography My Life and Times (1926).

If you enjoy these quotes, be sure to check out other famous writers! More Jerome K. Jerome on Wikipedia.

It is impossible to enjoy idling thoroughly unless one has plenty of work to do.

I like work: it fascinates me. I can sit and look at it for hours. I love to keep it by me: the idea of getting rid of it nearly breaks my heart. 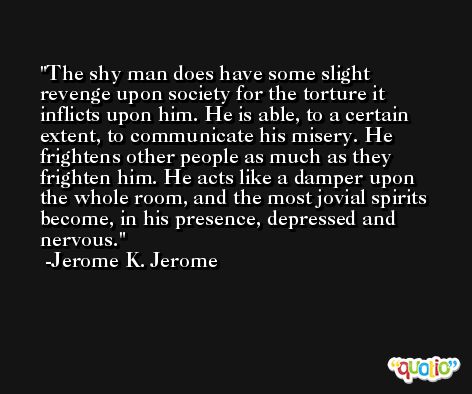 Let your boat of life be light, packed with only what you need - a homely home and simple pleasures, one or two friends, worth the name, someone to love and someone to love you, a cat, a dog, and a pipe or two, enough to eat and enough to wear, and a little more than enough to drink; for thirst is a dangerous thing.

One we discover how to appreciate the timeless values in our daily experiences, we can enjoy the best things in life. 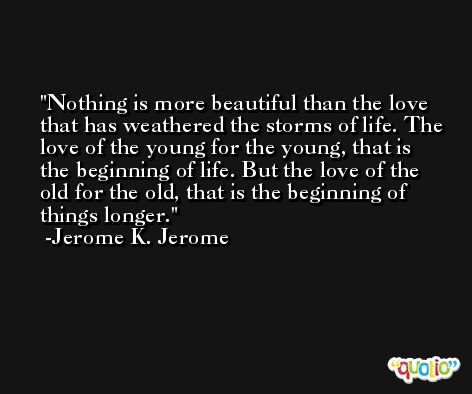 It is in our faults and failings, not in our virtues, that we touch each other, and find sympathy. It is in our follies that we are one.

Time has laid its healing hand upon the wound when we can look back at the the pain we once fainted under, and no bitterness or despair arises in our heart. 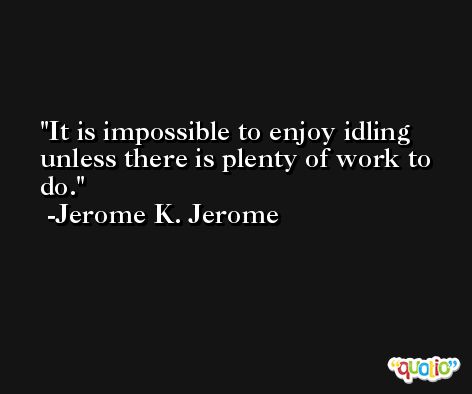 Time is but the shadow of the world upon the background of Eternity.

I like work: it fascinates me. I can sit and look at it for hours. 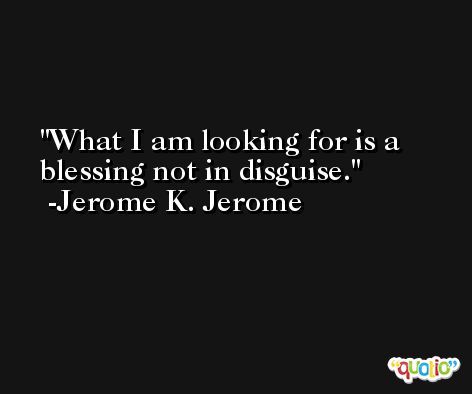 Idleness, like kisses, to be sweet must be stolen.