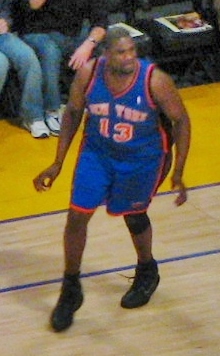 "Jerome Keith James" is an American professional basketball player who last played with the Caciques de Humacao in Puerto Rico in 2012. Originally from Tampa, Florida, James played college basketball at Florida A&M Rattlers basketball/Florida A&M for three seasons and was List of NCAA Division I men's basketball season blocks leaders/the national leader in blocks per game in the 1997–98 season, his junior year. James declared for the 1998 NBA Draft after his junior year, and the Sacramento Kings selected James in the second round of the draft. Over the course of his career, he has played for the Kings, Seattle SuperSonics and New York Knicks. He has also played for KK Budu?nost Podgorica and the Harlem Globetrotters.

I'm a student of the game.

That was the turning point of my career. That garbage bag symbolized a lot of things for me. In that garbage bag was the old Jerome James. I set him free tonight. 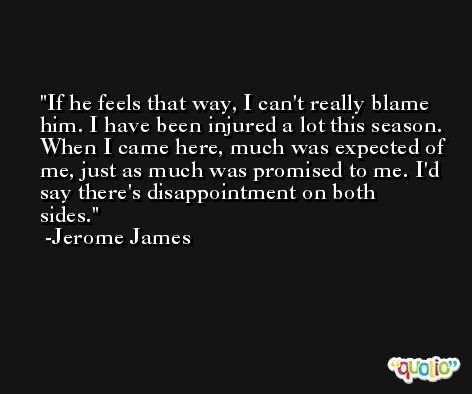 I wouldn't say there's so much wrong. It's just early. It's a situation where you have a new coach and seven different people. That's all it is, a lot of confusion. 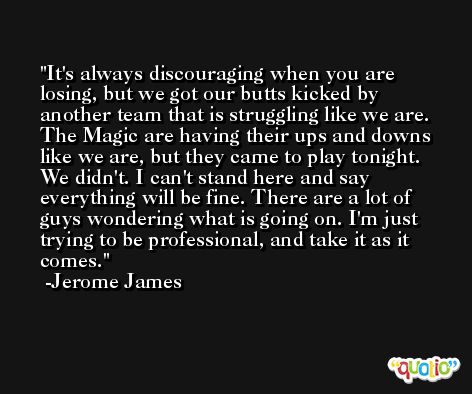 You never expect it, but it's the lows and highs of the NBA. All I can do is continue being a professional, coming to work every day, making it get better.

You never expect this, but it's the lows and highs of the N.B.A.. 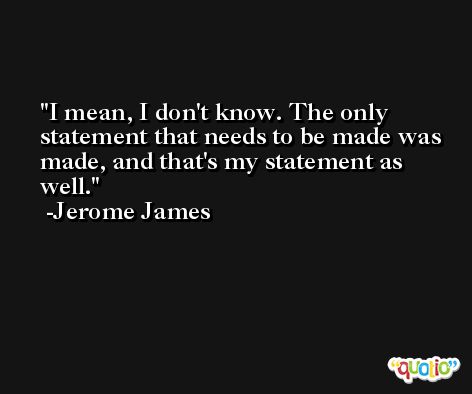