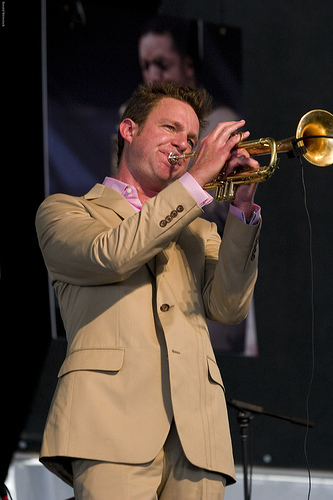 "Jeremy Davenport" is an United States/American jazz trumpeter and singer based in New Orleans, Louisiana.

For nearly a decade, Davenport has been a vital part of the New Orleans music scene. With original lyrics and music, Jeremy infuses his unique style and mood of storytelling creating not only a modern edge, but also the distinct feeling of a lifestyle reminiscent of a time when Jazz was at its peak of popularity. He is known for his vocal and trumpet playing skills, as well as being a born entertainer. Davenport’s showing has tempted such performers as Sting (musician)/Sting, Paul McCartney, Harry Connick, Jr. and Diana Krall.

Jeremy Davenport was born in St. Louis, Missouri into a family of musicians. His mother has been a music educator for nearly 50 years and his father recently retired, after 40 years, from the St. Louis Symphony. From a young age Davenport studied and played with members and guests of the St. Louis Symphony which included an early introduction to jazz great Wynton Marsalis.

When you have a population that is immobile, no matter how you plead for them to leave no matter how early you get a start they can't leave! It's like the Titanic is sinking. They couldn't just say, 'Everyone off!' There's no place to go. You're stuck!

I packed my trumpet, my computer, a few pairs of underwear, a few shirts and that was it. 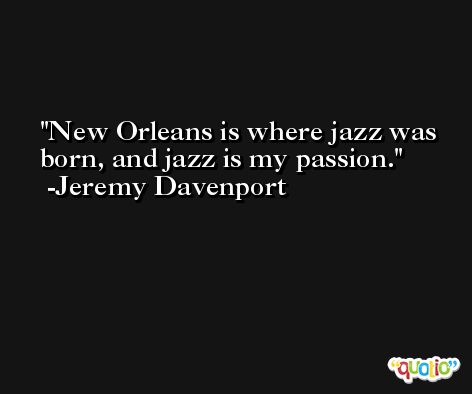 The worst-case scenario is that my things were stolen. If they did, I don't care. I'm just glad I'm safe.