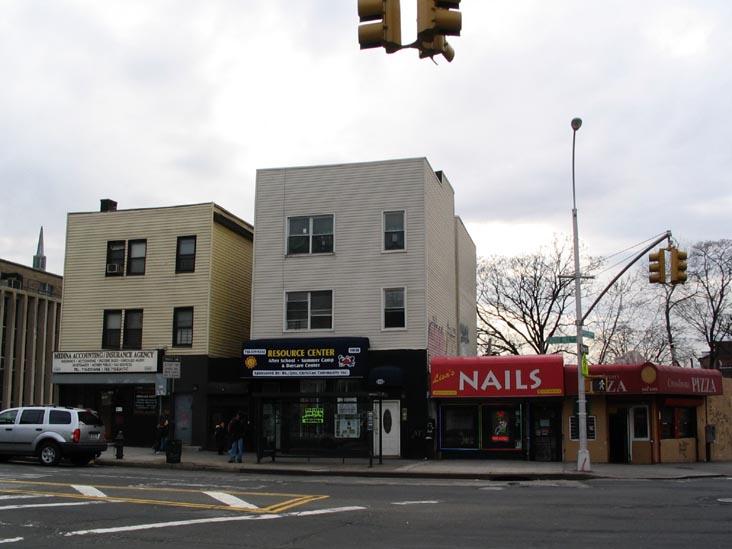 "Jennifer Lynn Lopez" is an American actress, author, fashion designer, dancer, producer, singer, and songwriter. She became interested in pursuing a career in the entertainment industry following a minor role in the 1986 film My Little Girl, to the dismay of her Puerto Rican people/Puerto Rican parents, who believed that it was an unrealistic career route for a Hispanic. Lopez gained her first regular high-profile job as a Fly Girl dancer on In Living Color in 1991, where she remained a regular until she decided to pursue an acting career in 1993. She received her first leading role in the Selena biopic Selena (film)/of the same name in 1997. Lopez became the first Latina actress to earn over $1 million for a role the following year, with the film Out of Sight. She ventured into the music industry in 1999 with her debut studio album, On the 6.

If you enjoy these quotes, be sure to check out other famous musicians! More Jennifer Lopez on Wikipedia.

It's a shame to call somebody a 'diva' simply because they work harder than everybody else.

You get what you give. What you put into things is what you get out of them. 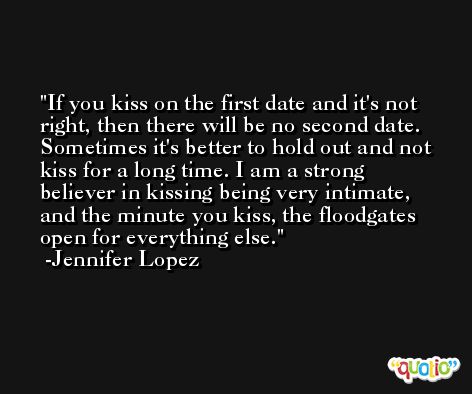 You laugh it off, you get upset for a little while, you're human and you let it go.

"[Men] really disgust me if they don't have a nice smile, nice lips and nice teeth...They have too many disgusting habits - like scratching themselves all the time. And it's really weird how guys think that passing gas is the funniest thing in the world. They love to do that thing in front of girls and laugh about it.

They're making me out to be a serial marrying person or something. I'm laughing at that.

I WANTED to do my hair (on her curly hair at the Oscars) like that. Sometimes people just don't get things until months later. 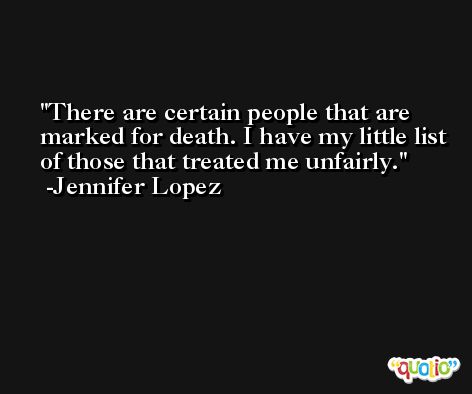