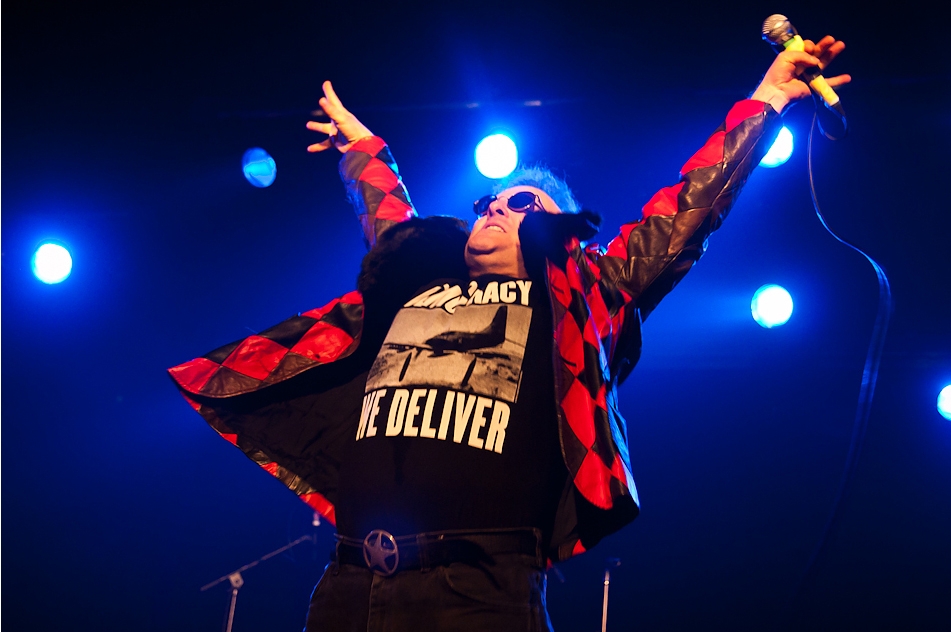 "Jello Biafra" is the former lead singer and songwriter for San Francisco punk rock band Dead Kennedys, and is currently a musician and spoken word artist. After he left the Dead Kennedys, he took over the influential independent record label Alternative Tentacles, which he had co-founded in 1979 with Dead Kennedys bandmate East Bay Ray. Although now focused primarily on spoken word, he has continued as a musician in numerous collaborations.

Politically, Biafra is a member of the Green Party of the United States and actively supports various political causes. He ran for the party's Presidential nomination in 2000 United States Presidential Election/2000, finishing second to Ralph Nader. He is a staunch believer in a free society, who utilizes shock value and advocates direct action and pranksterism in the name of political causes. Biafra is known to use absurdist media tactics, in the leftist tradition of the Yippies, to highlight issues of civil rights and social justice.

If you enjoy these quotes, be sure to check out other famous musicians! More Jello Biafra on Wikipedia.

This is my home. Home is where the disease is. As long as I stay in America, I'll never run out of subjects for songs.

My goal is not replacinga corporate Rebulican with a corporate Democrat and then calling it a day. We did that last time with Bill Clinton, and then look what we got. 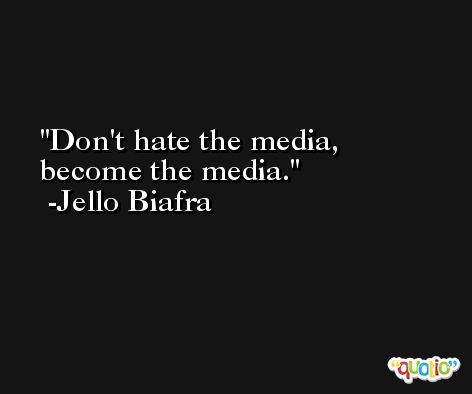 Punk is not dead. Punk will only die when corporations can exploit and mass produce it.