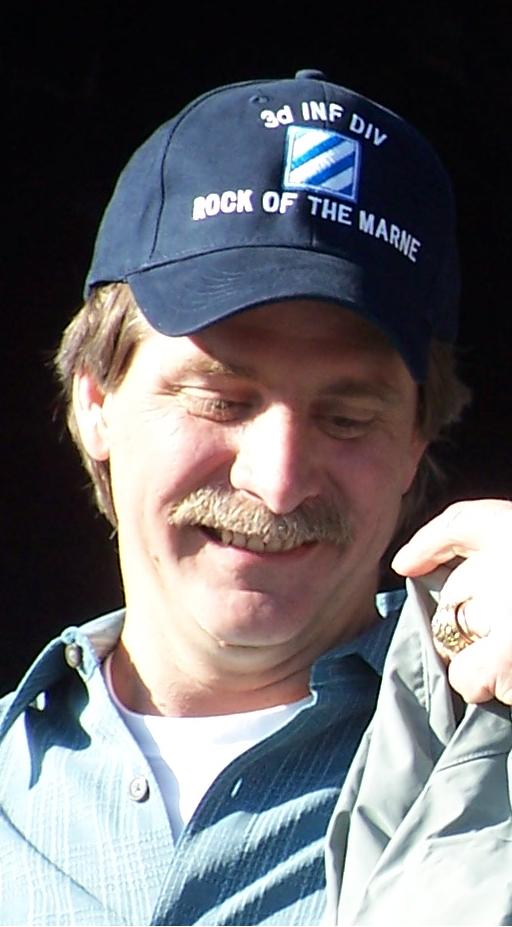 "Jeffrey Marshall Foxworthy" is an American stand-up comedian, actor, television and radio personality, author, and voice artist. He is a member of the Blue Collar Comedy Tour, a comedy troupe which also comprises Larry the Cable Guy, Bill Engvall, and Ron White. Known for his "You might be a redneck" one-liners, Foxworthy has released six major-label comedy albums. His first two albums were each certified 3× Platinum album/Platinum by the Recording Industry Association of America. Foxworthy has written several books based on his redneck jokes, as well as an autobiography entitled No Shirt, No Shoes... No Problem!.

If you enjoy these quotes, be sure to check out other famous comedians! More Jeff Foxworthy on Wikipedia.

I have never been jealous. Not even when my dad finished fifth grade a year before I did.

If you ever start feeling like you have the goofiest, craziest, most dysfunctional family in the world, all you have to do is go to a state fair. Because five minutes at the fair, you'll be going, 'you know, we're alright. We are dang near royalty.' 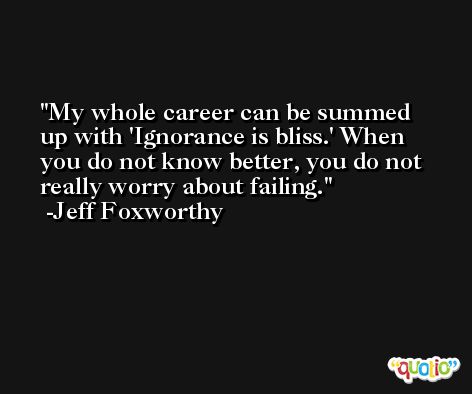 The problem with the designated driver program, it's not a desirable job, but if you ever get sucked into doing it, have fun with it. At the end of the night, drop them off at the wrong house.

Did you know babies are nauseated by the smell of a clean shirt? 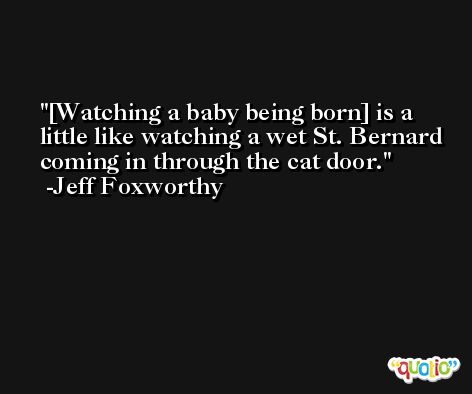 Changing a diaper is a lot like getting a present from your grandmother -- you're not sure what you've got but you're pretty sure you're not going to like it.

These disasters made people think about local needs as never before. We had people stop at our office because their children wanted to help feed someone. 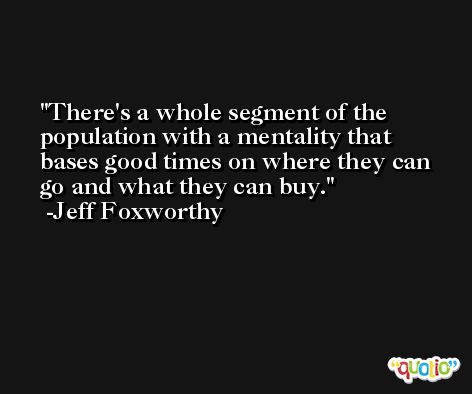 You may be a redneck if . . . you have spent more on your pickup truck than on your education.

If you own a home with wheels on it and several cars without, you just might be a redneck. 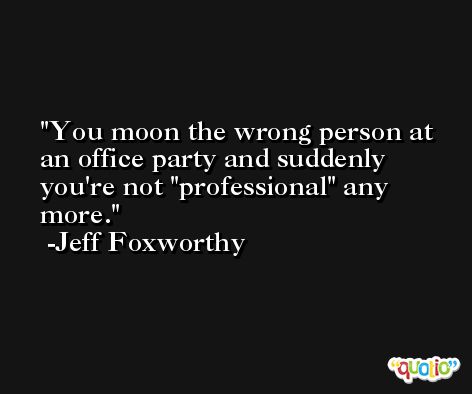