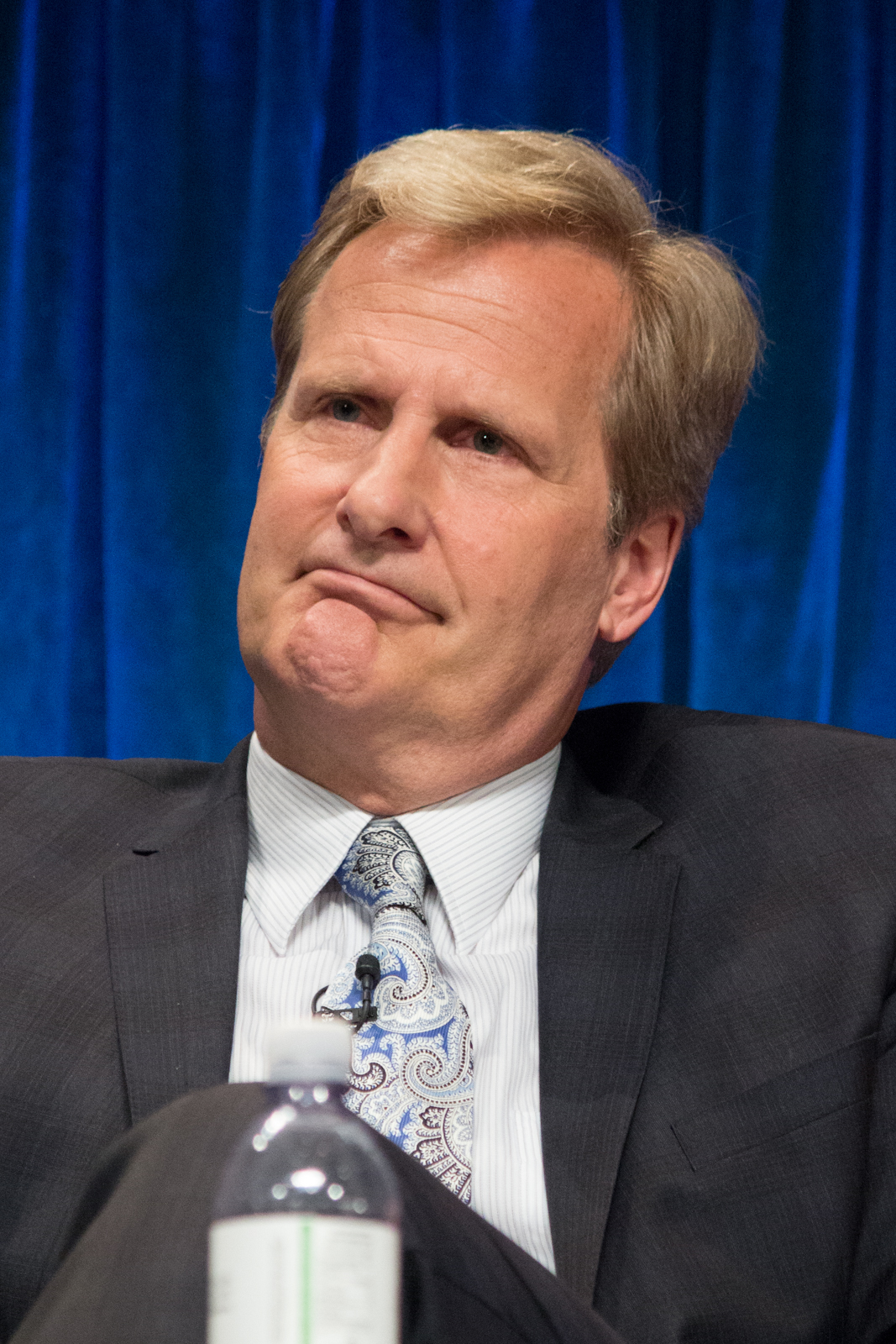 "Jeffrey Warren "Jeff" Daniels" is an American actor, musician, and playwright. He founded a nonprofit theater company, the Purple Rose Theatre Company, in his home state of Michigan. He has performed in a number of stage productions, both on and off Broadway, and has been nominated for the Tony Award as Best Actor for the Broadway play God of Carnage (2009), along with his other three castmates.

His film debut was 1981's Ragtime (film)/Ragtime, and his most recent film is Dumb and Dumber To in 2014. For his work, he has received four Golden Globe Award nominations, including as Best Performance by an Actor in a Motion Picture—Comedy/Musical for Woody Allen’s The Purple Rose of Cairo (1985) (hence the name of his theater company). He has also received nominations by the Screen Actors Guild, Satellite Awards, and several others for his work in The Squid and the Whale (London Critics Circle Awards, Independent Spirit Awards, and Gotham Awards). He played Debra Winger’s husband in the 1983 Oscar-winning film Terms of Endearment. Recently, he starred as Will McAvoy in Aaron Sorkin's HBO television series The Newsroom (U.S. TV series)/The Newsroom, for which he won the Primetime Emmy Award for Outstanding Lead Actor in a Drama Series#2010s/Emmy Award for Outstanding Lead Actor in a Drama Series in 2013.

If you enjoy these quotes, be sure to check out other famous actors! More Jeff Daniels on Wikipedia.

That isn't the reality, I know, but that's how I approached it: I'm not perfect but here's the best I can do. And hopefully I did the right thing.

There comes a point when the king comes down off the mountain. 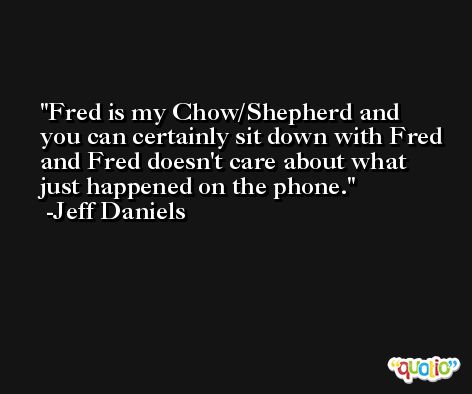 I did ('Dumb & Dumber') when my career was kind of floundering, ... . . . I knew it was a comedy only 15-year-old boys would like. None of us knew it would explode (into a blockbuster hit) the way it did.

I'm the guy to call. Look at the resume. I have kids of my own. I have dogs. 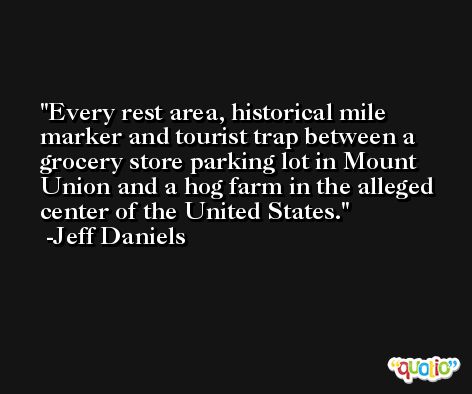 [For an actor who was then living in New York, Daniels said, working on a Woody Allen movie was something to strive for, like] doing a Clint Eastwood movie and getting shot, ... Blood Work.