"Jeff Bowden" is an American college football coach at the University of Akron. He currently serves as special teams coordinator and the outside wide receivers coach on his brother Terry Bowden/Terry's staff. Before that he served as the offensive coordinator for the Florida State Seminoles football/Florida State Seminoles under his father and head coach Bobby Bowden. He resigned from that position on November 14, 2006, following a shutout loss to 2006 Wake Forest Demon Deacons football team/Wake Forest three days earlier. He has also been a wide receivers coach and coached at Salem International University/Salem College, Samford University and University of Southern Mississippi/Southern Miss. Bowden played wide receiver at Florida State from 1981 until 1982.

I'm pretty hot right now, because that was a pretty frustrating offensive performance. 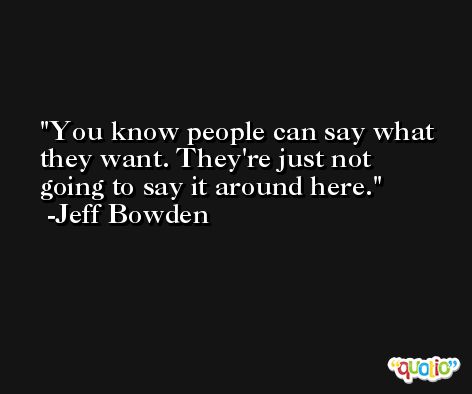 He does that several times during the game. And nine times out of 10, he's right. 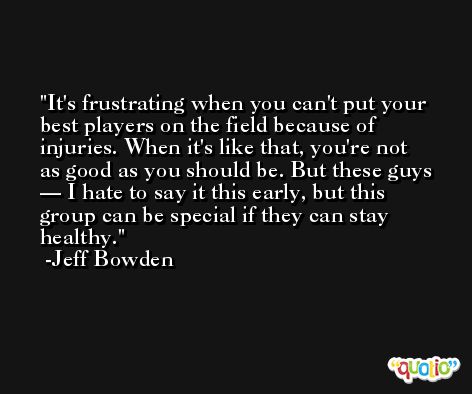 Somebody is going to win. This is going to be the ultimate experience right off the bat for them.

We have a close family. If you are willing to put up with that - which so far I have been - (the criticism) won't bother you. 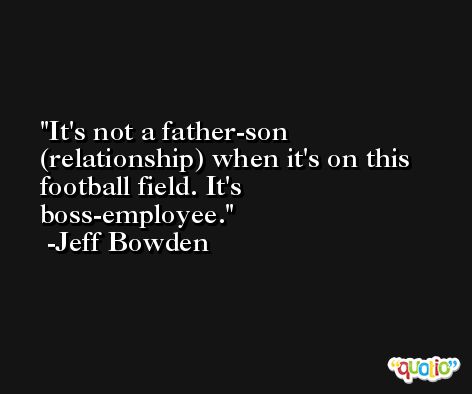