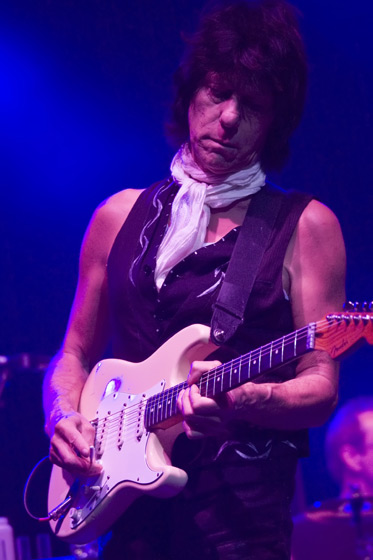 "Geoffrey Arnold" ""Jeff"" "Beck" is an English people/English rock music/rock guitarist. He is one of the three noted guitarists to have played with The Yardbirds (the other two being Eric Clapton and Jimmy Page). Beck also formed The Jeff Beck Group and Beck, Bogert & Appice.

Much of Beck's recorded output has been instrumental, with a focus on innovative sound, and his releases have spanned genres ranging from blues rock, Heavy metal music/heavy metal, jazz fusion and an additional blend of guitar-rock and electronica. Although he recorded two hit albums (in 1975 and 1976) as a solo act, Beck has not established or maintained the sustained commercial success of many of his contemporaries and bandmates. Beck appears on albums by Mick Jagger, Tina Turner, Morrissey, Jon Bon Jovi, Malcolm McLaren, Kate Bush, Roger Waters, Donovan, Stevie Wonder, Les Paul, Zucchero, Cyndi Lauper, Brian May, Stanley Clarke and ZZ Top.

If you enjoy these quotes, be sure to check out other famous musicians! More Jeff Beck on Wikipedia.

The catalytic converter gets hotter than any of the other under-car components. 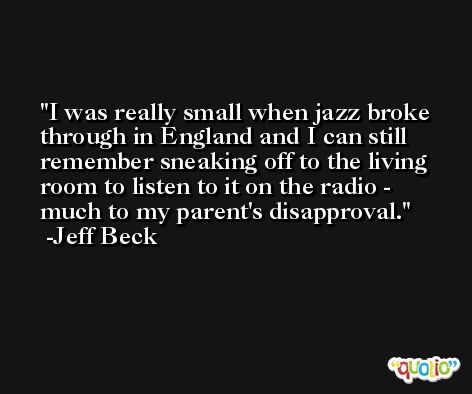 I don't understand why some people will only accept a guitar if it has an instantly recognizable guitar sound. Finding ways to use the same guitar people have been using for 50 years to make sounds that no one has heard before is truly what gets me off.

You'd be surprised there still are a lot of people who don't know who we are out here. 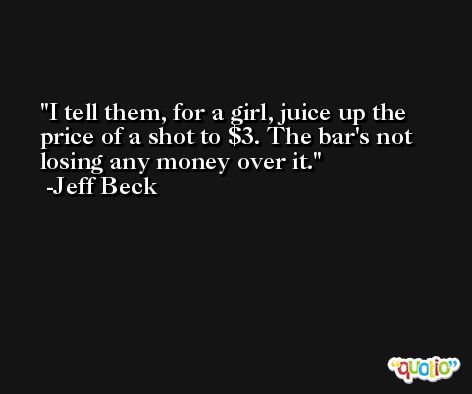 It's rewarding to be here. The little kids just love it. The weather is cooperating and everybody is coming out to grab some eggs. It's just a few minutes but it's a lot of fun for them.

I like the studio because it's delicate; you're working for sound. I like the garage because chopping up lumps of steel is the exact opposite of delicate. The garage is a more dangerous place though. I've never almost been crushed by a guitar, but I can't say the same about one of my Corvettes. 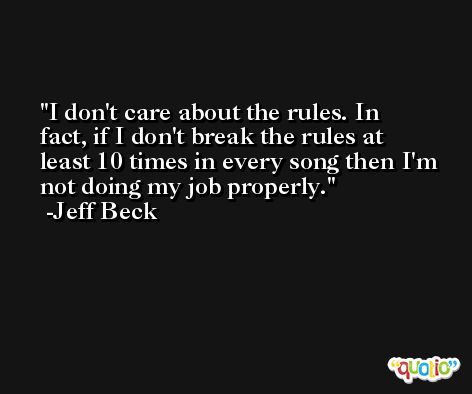