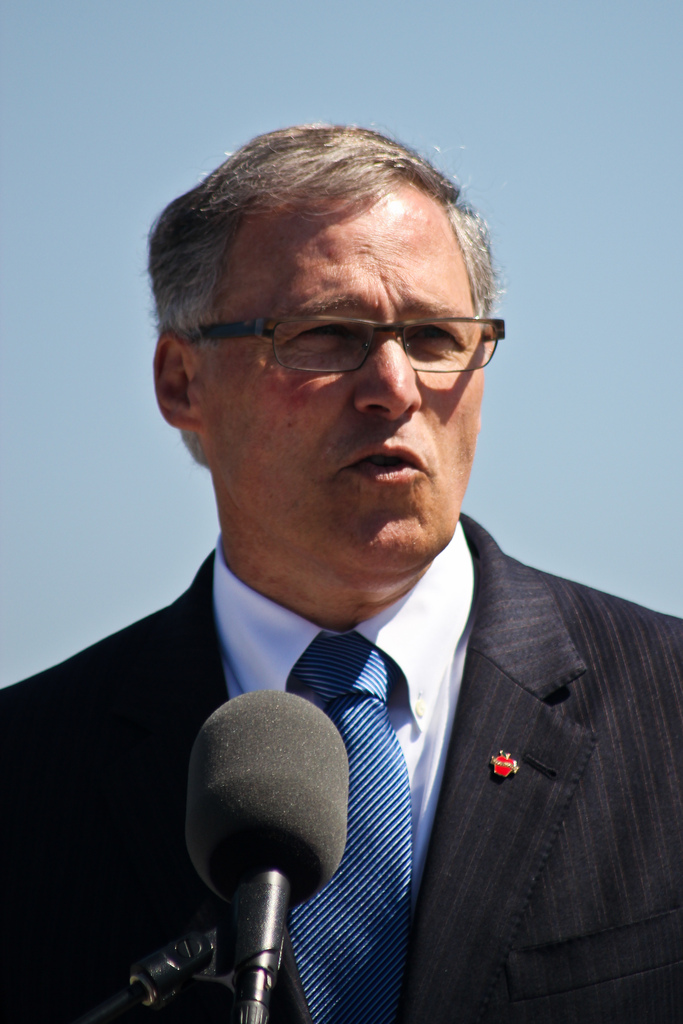 "Jay Robert Inslee" is the 23rd Governor of Washington, in office since January 16, 2013. Previously, he served in the United States House of Representatives, first from 1993 to 1995 from , in the central part of the state around Yakima, Washington/Yakima, and from 1999 to 2012 from , which included many of Seattle's northern suburbs in King County, Washington/King, Snohomish County, Washington/Snohomish, and Kitsap County, Washington/Kitsap counties. He announced his candidacy for Governor of Washington on June 27, 2011, and he resigned from Congress on March 20, 2012, in order to focus on his campaign for Governor. He was declared the winner of the gubernatorial election on November 9, 2012. He is a member of the Democratic Party (United States)/Democratic Party.

If you enjoy these quotes, be sure to check out other famous politicians! More Jay Inslee on Wikipedia.

The abuses and failures we've seen in Iraq -- we don't want to duplicate those here at home. 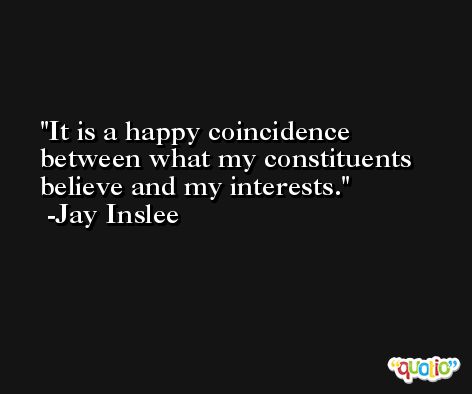 This is a gross and disturbing violation of the commitment to keep water healthy in the straits and Puget Sound.

We cannot allow telecommunications companies to hijack the Internet. After all, the beauty of the Internet is its open architecture. 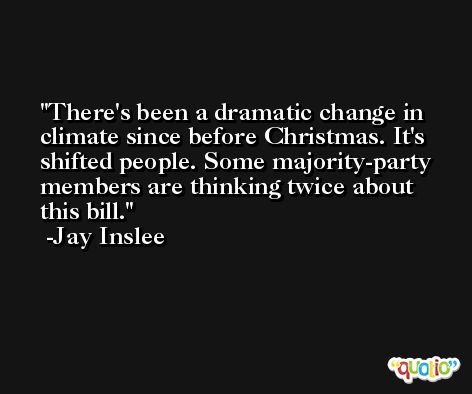 It does not appear that there is a single inspector general who is in full charge of seeing that these monies are wisely spent.

I found your study to be critical ... and there is evidence that logging may have some consequences we may not fully understand. 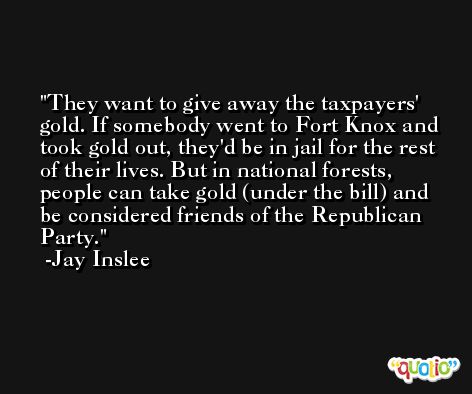