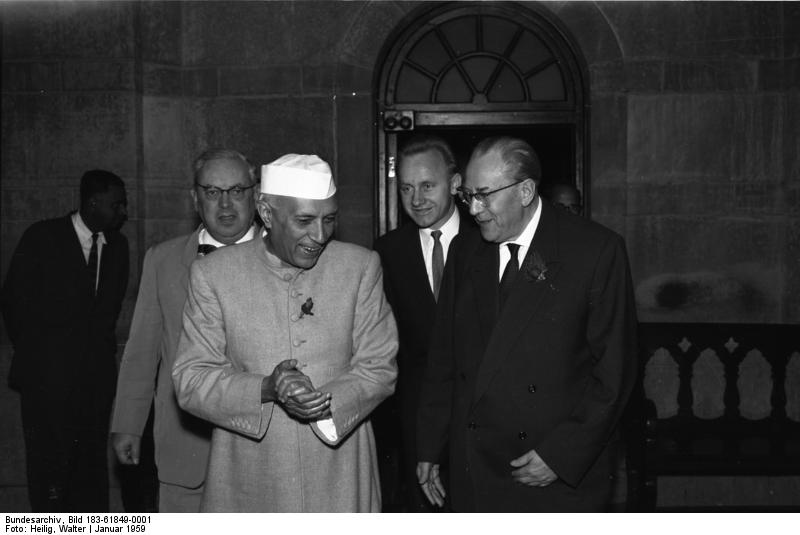 "Jawaharlal Nehru" was the List of Prime Ministers of India/first Prime Minister of India and a central figure in Indian politics for much of the 20th century. He emerged as the paramount leader of the Indian independence movement under the tutelage of Mahatma Gandhi and ruled India from its establishment as an independent nation in 1947 until his death in office in 1964. Nehru is considered to be the architect of the modern Indian nation-state: a sovereign, socialist, secular, and democratic republic.

If you enjoy these quotes, be sure to check out other famous leaders! More Jawaharlal Nehru on Wikipedia.

There is no end to the adventures that we can have if only we seek them with our eyes open.

Time is not measured by the passing of years but by what one does, what one feels, and what one achieves. 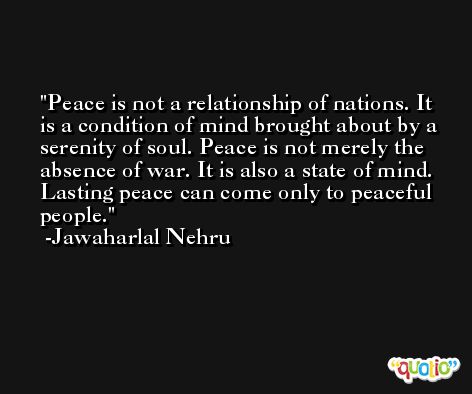 The only alternative to coexistence is codestruction.

The policy of being too cautious is the greatest risk of all. 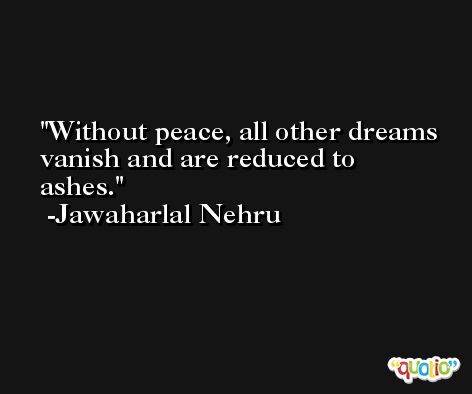 Action to be effective must be directed to clearly conceived ends.

We live in a wonderful world that is full of beauty, charm and adventure. There is no end to the adventures that we can have if only we seek them with our eyes open. 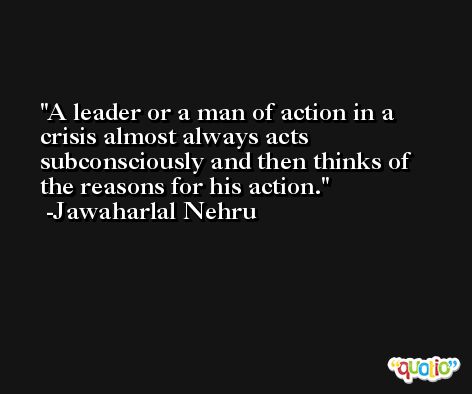 Life is like a game of cards. The hand that is dealt you is determinism; the way you play it is free will.

Facts are facts and will not disappear on account of your likes. 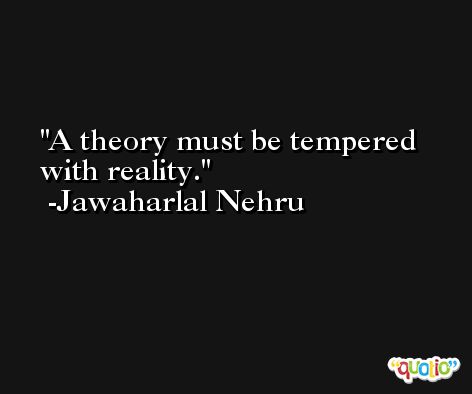 The art of a people is a true mirror of their minds.