If you enjoy these quotes, be sure to check out other famous politicians! More Javier Solana on Wikipedia.

Every European, every democratic person, has to condemn these people who wanted to interfere with an electoral campaign, producing suffering for hundreds of people, leaving families broken, without any objective.

We will do it sooner rather than later. 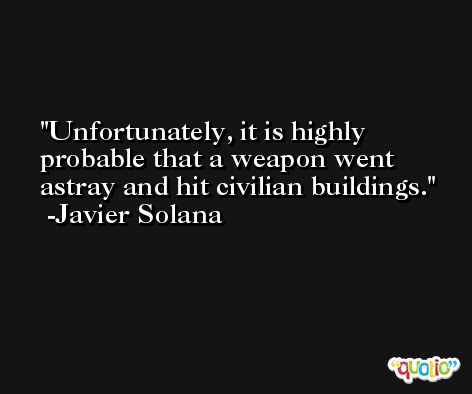 Milosevic must comply with all his commitments to NATO.

Those responsible for terrorist acts must know that they are totally isolated. 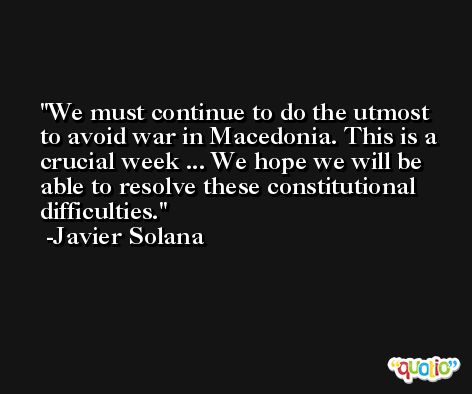 Road map to get out of the violence.

I hope that will not be necessary. 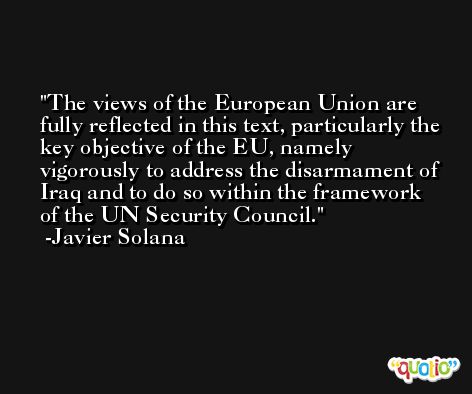