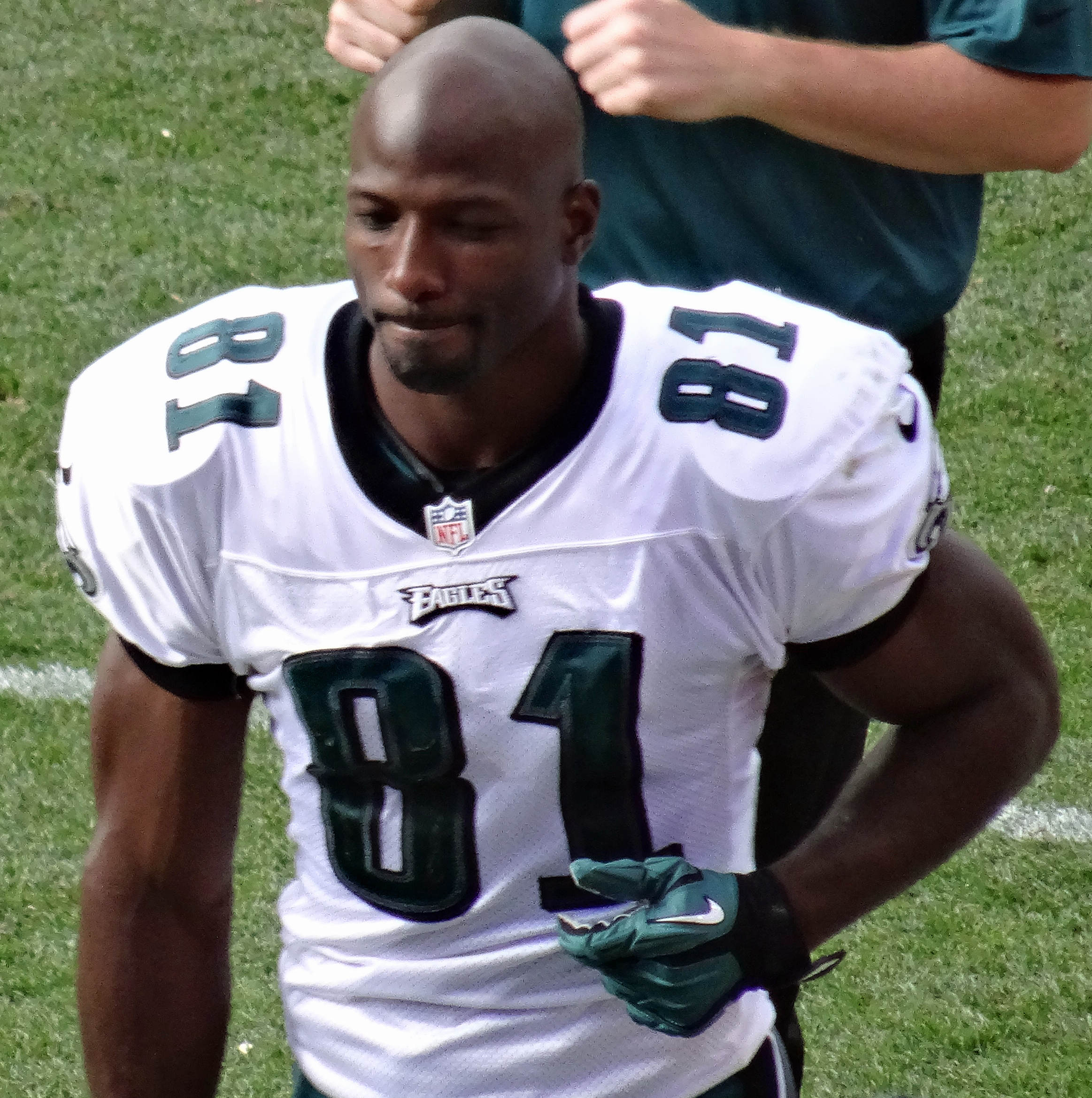 "Jason Raye Avant" is an American football wide receiver for the Kansas City Chiefs of the National Football League. He played college football at Michigan Wolverines football/Michigan and was drafted by the Philadelphia Eagles in the fourth round of the 2006 NFL Draft.

Avant has also been a member of the Carolina Panthers.

When I get on that field, I am faster than any defensive back there. I really am _ I get open and I get separation.

It's the worst feeling in the world to lose at home. We set high goals, and we're no longer in the driver's seat anymore. But we can go out there and perform our best next weekend. It feels terrible, and I hope we don't feel like this again for the rest of the season. 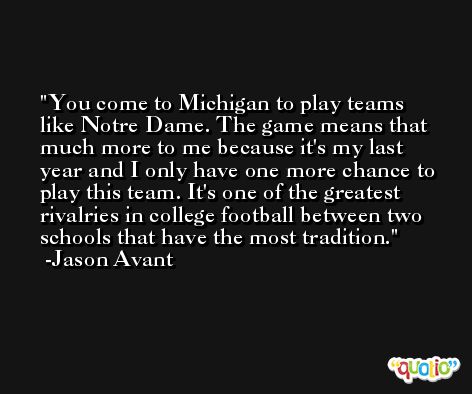 We miss him as a teammate. But we could have won these games (Notre Dame and Wisconsin) with or without him.

I should have cut back and gotten into the end zone. I thought I could make it. I should have lifted my knees up a little higher. Maybe I could have gotten in there.