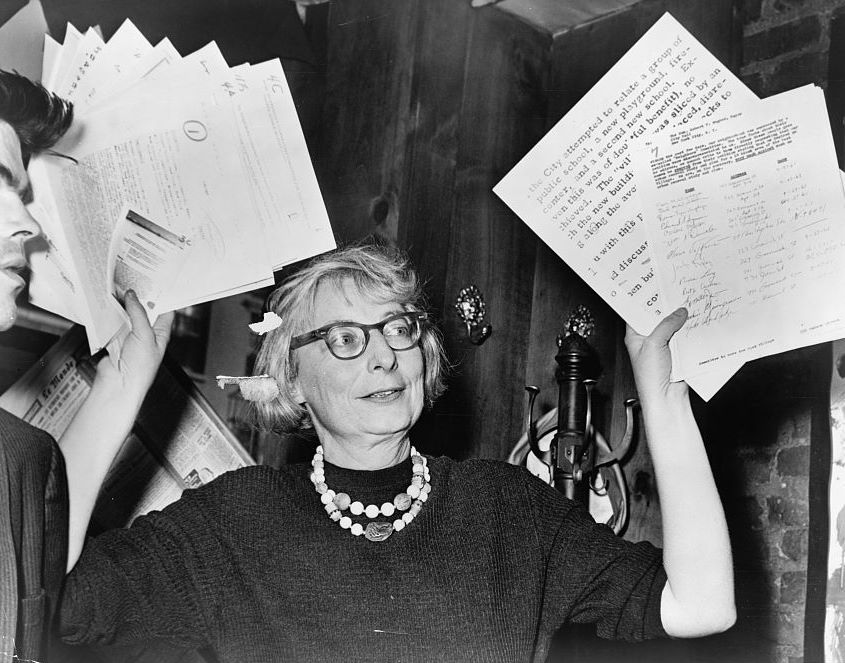 "Jane Jacobs" was an American-Canadian journalist, author, and activist best known for her influence on urban studies. Her influential book The Death and Life of Great American Cities (1961) argued that urban renewal did not respect the needs of most city-dwellers. The book also introduced sociology concepts such as "eyes on the street" and "social capital".

Jacobs was well known for organizing grassroots efforts to protect existing neighborhoods from "slum clearance" – and particularly for her opposition to Robert Moses in his plans to overhaul her neighborhood, Greenwich Village. She was instrumental in the eventual cancellation of the Lower Manhattan Expressway, which would have passed directly through SoHo, Manhattan/SoHo and Little Italy, Manhattan/Little Italy, and was arrested in 1968 for inciting a crowd at a public hearing on the project. After moving to Canada in 1968, she joined the opposition to the Spadina Expressway and the associated Cancelled expressways in Toronto/network of expressways in Toronto planned and under construction.

If you enjoy these quotes, be sure to check out other famous sociologists! More Jane Jacobs on Wikipedia.

The bible of urban planning. 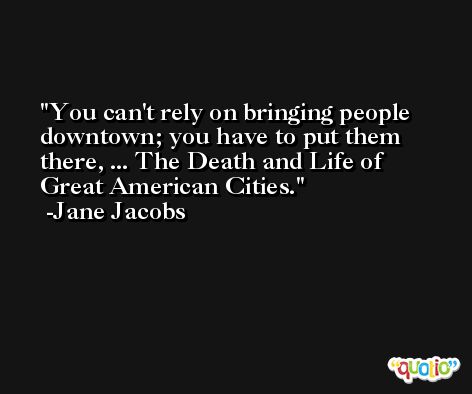 The point of cities is multiplicity of choice.

The port authority is the single greatest impediment to a revitalized waterfront.