"James Walter "Jamie" Morris" (born June 6, 1965) is a former professional American football running back in the National Football League (NFL) for the Washington Redskins and a record-setting running back in college football/college for the University of Michigan Michigan Wolverines football/Wolverines. While attending Michigan, he broke the school's all-time records for rush (American football)/rushing yards in a season and in a career and for all-purpose yards in a career. His career rushing total was once third in Big Ten Conference history. He continues to hold the career reception (American football)/receptions record for Michigan running backs. He also still holds the all-time NFL record for most rushing attempts in a game with 45.

Between the two schools, we've had great running backs, but Lorenzo is probably No. 1. I'm not going to sit here and lie to you. I can judge talent, too.

Michigan-Michigan State basketball, I don't talk to him. He calls me. He wants to talk. 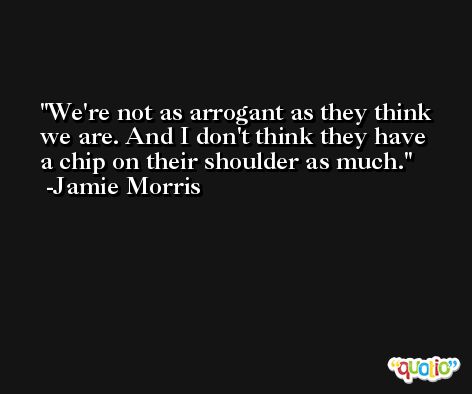 No. But I sure do have a bad shoulder.