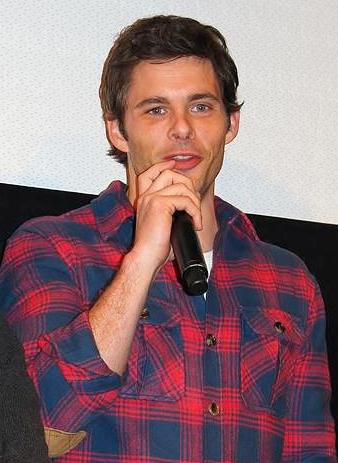 "James Paul Marsden" is an American actor, singer and former Versace model. Marsden began his acting career guest-starring in multiple television shows such as Saved by the Bell: The New Class, Touched by an Angel and Party of Five. He would then gain prominence with his portrayal of Cyclops (comics)/Scott Summers/Cyclops in the X-Men (film series)/X-Men film series and starred in 2006's Superman Returns which earned him a Saturn Award nomination.

Following his breakthrough in comic book films, Marsden went on to star in various genre films including 2007's Hairspray (2007 film)/Hairspray which was a critical and commercial success and won many awards for its ensemble cast. As Corny Collins, he sang two songs for the film's Hairspray (2007 soundtrack)/soundtrack which has been certified Music recording sales certification/Platinum by the RIAA. He would continue his success and star in family friendly films such as Enchanted (film)/Enchanted, Cats & Dogs: The Revenge of Kitty Galore and Hop (film)/Hop.

If you enjoy these quotes, be sure to check out other famous actors! More James Marsden on Wikipedia.

Boy, if Garth Ennis had created a religion, I would sure like to be a part of that. It just makes sense, the way he tackles things in it. It's really heavy stuff and it's incredibly well written. 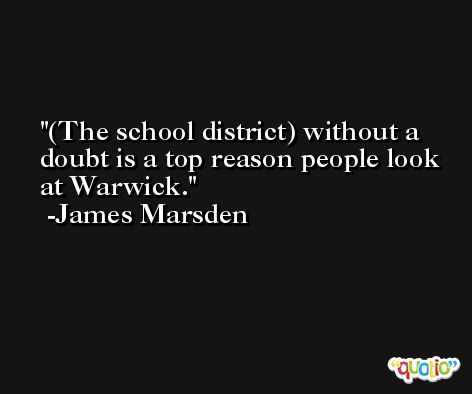 If you're an attractive guy, everyone thinks you're successful just because of the way you look. I hate that. 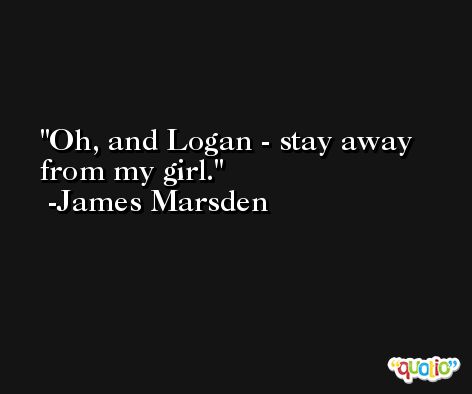