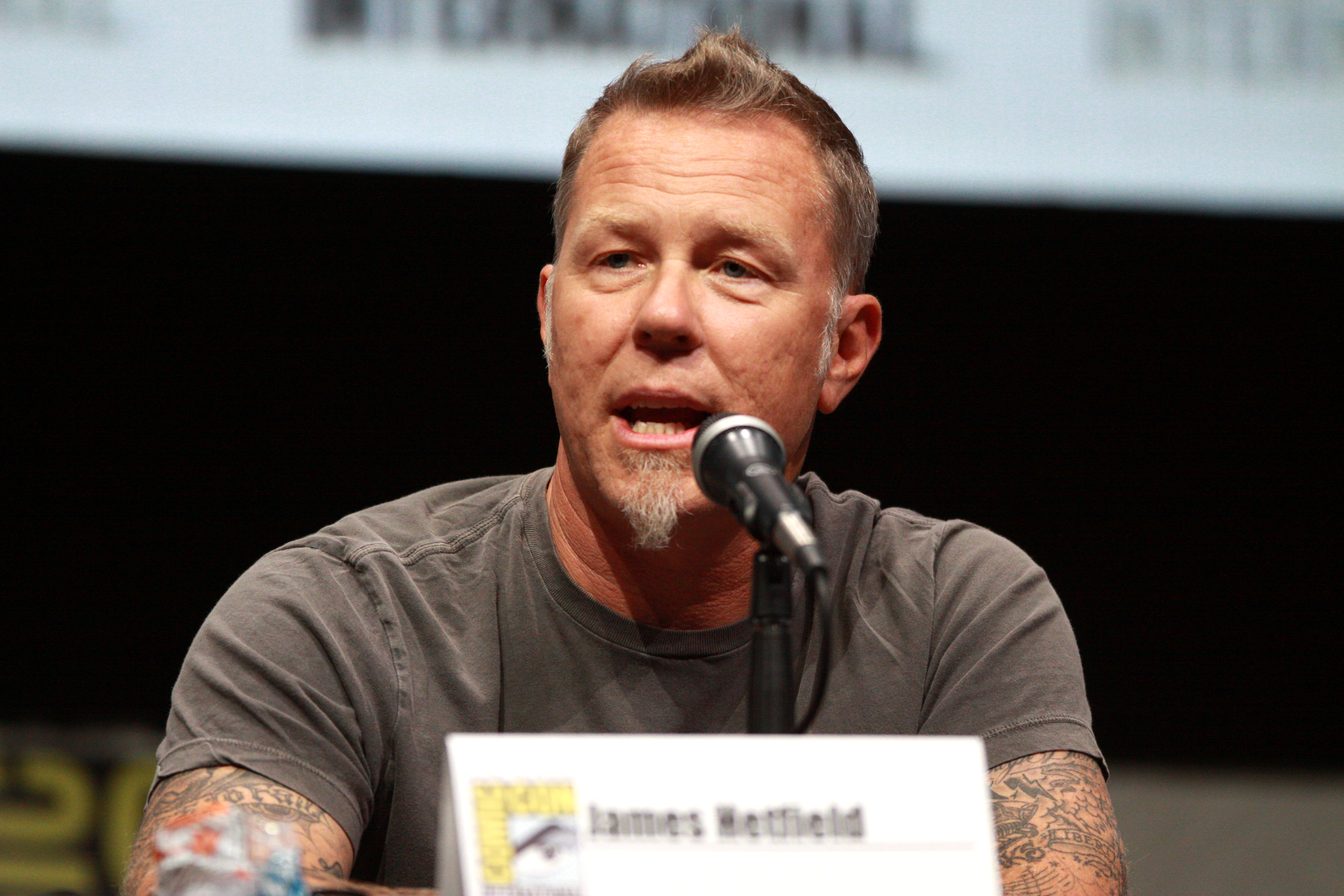 "James Alan Hetfield" is the main songwriter, co-founder, lead vocalist, rhythm guitarist and lyricist for the American Heavy metal music/heavy metal band Metallica. Hetfield is mainly known for his rhythm playing, but has also performed occasional lead guitar duties both in the studio and live.

If you enjoy these quotes, be sure to check out other famous musicians! More James Hetfield on Wikipedia.

If I hadn't of had music in my life, it's quite possible I'd be dead and I'd much rather be alive. 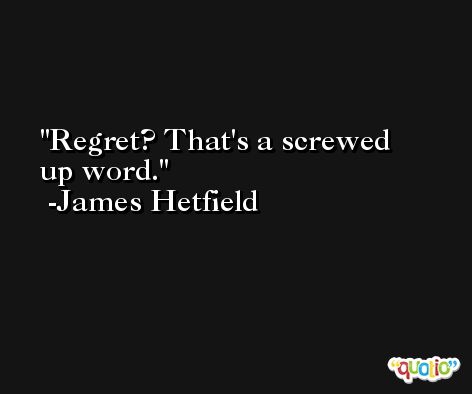 Sleep my friend, and you will see that dream is my reality. 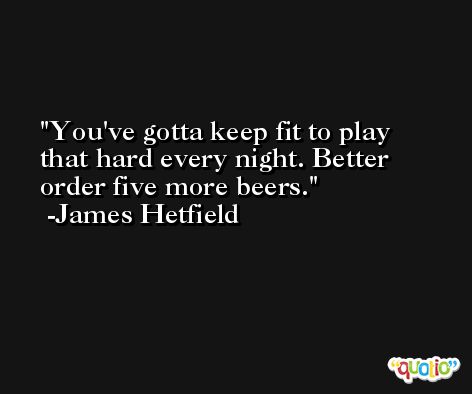 I choose to live, not just exist.

When people start copying your style, you know that something must be happening. 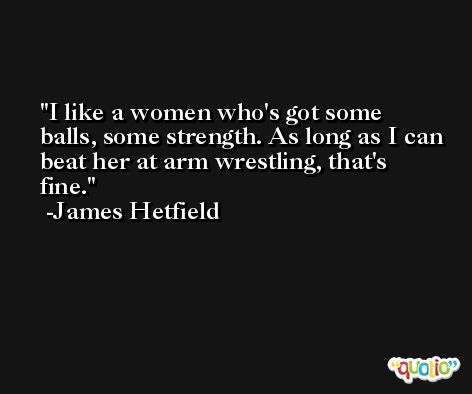