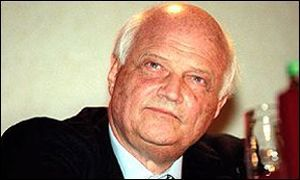 "Sir James Michael "Jimmy" Goldsmith" was an Anglo-French billionaire financier and tycoon. Towards the end of his life, he became a magazine publisher and a politician. In 1994, he was elected to represent France as a Member of the European Parliament and he subsequently founded the short-lived euroscepticism/eurosceptic Referendum Party in the United Kingdom. He was known for his many romantic relationships and for the various children he fathered with his wives and many girlfriends. Goldsmith was the inspiration for the character of the corporate raider Sir Larry Wildman in Oliver Stone's Wall Street (1987 film)/Wall Street. On his death, Tony Blair stated: "He was an extraordinary character and though I didn't always agree with his political views, obviously, he was an amazing and interesting, fascinating man." Margaret Thatcher stated: "Jimmy Goldsmith was one of the most powerful and dynamic personalities that this generation has seen. He was enormously generous, and fiercely loyal to the causes he espoused."

If you enjoy these quotes, be sure to check out other famous businessmen! More James Goldsmith on Wikipedia.

When a man marries his mistress it creates a job opportunity.

Tolerance it a tremendous virtue, but the immediate neighbors of tolerance are apathy and weakness. 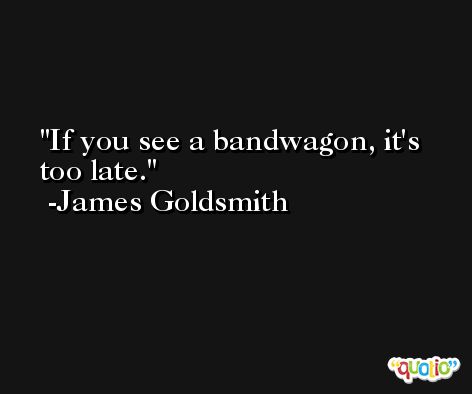