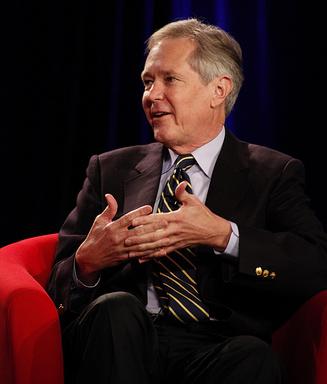 "James Mackenzie Fallows" is an American writer and journalist. He has been a national correspondent for The Atlantic Monthly for many years. His work has also appeared in Slate (magazine)/Slate, The New York Times Magazine, The New York Review of Books, The New Yorker and The American Prospect, among others. He is a former editor of U.S. News & World Report, and as President Jimmy Carter's chief Speechwriter#United States/speechwriter for two years was the youngest person ever to hold that job.

Fallows has been a visiting professor at a number of universities in the U.S. and China, and holds the Chair in U.S. Media at the United States Studies Centre at University of Sydney. He is the author of ten books, including National Defense, for which he received the 1983 National Book Award, Looking at the Sun (1994), Breaking the News (1996), Blind into Baghdad (2006), Postcards from Tomorrow Square (2009), and China Airborne (2012).

If you enjoy these quotes, be sure to check out other famous journalists! More James Fallows on Wikipedia.

Why Iraq Has No Army. 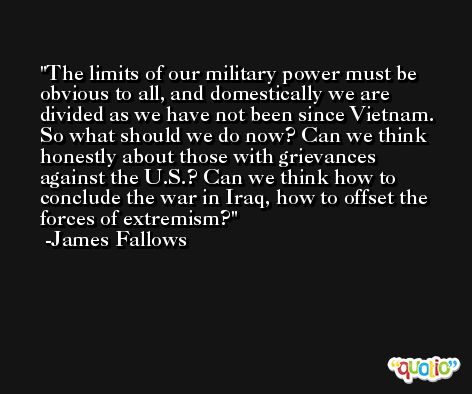 The technology of nonstop news and the Internet means that allegations that would have been carefully checked out a generation ago no longer are. We now have a 24-hour-a-day news cycle. News gets used up very quickly and there's a constant hunger for new tidbits.