"James Curry", was a defensive tackle who played seven seasons in the Canadian Football League. He won Grey Cups in 1983 Grey Cup/1983 with the Toronto Argonauts and 1989 Grey Cup/1989 with the Saskatchewan Roughriders--his first and last seasons in the league.

Following his retirement, he was a colour commentator for the CFL on CBC.

They're gonna understand that the state their father was in goes beyond the normal funeral home. But just the fact that their loved one has been identified will probably start the grieving process.

We've been called by various state agencies there to see if we would be willing to help them in their efforts; mostly, in the recovery and preparation of the deceased. 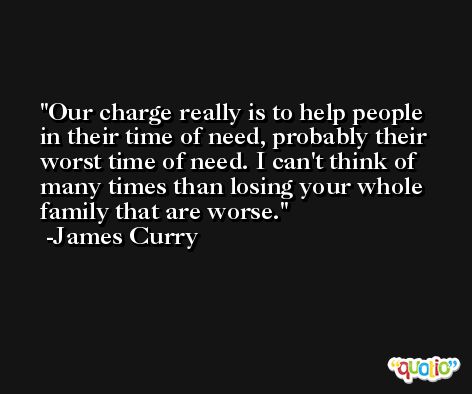