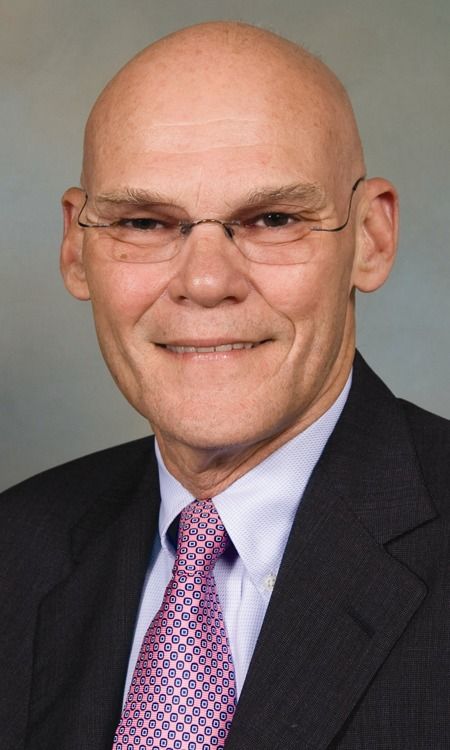 "Chester James Carville, Jr." is an American political commentator and media personality who is a prominent figure in the Democratic Party (United States)/Democratic Party. Carville gained national attention for his work as the lead strategist of the successful Bill Clinton presidential campaign, 1992/presidential campaign of then-Arkansas governor Bill Clinton. Carville was a co-host of CNN's Crossfire (television)/Crossfire until its final broadcast in June 2005. Since its cancellation, he has appeared on CNN's news program The Situation Room. As of 2009, he hosts a weekly program on XM Radio titled 60/20 Sports with Luke Russert, son of Tim Russert who hosted NBC's Meet The Press. He is married to US Republican Party/Republican political consultant Mary Matalin. In 2009, he began teaching political science at Tulane University.

In 2014, Carville joined Fox News Channel as a contributor.

If you enjoy these quotes, be sure to check out other famous lawyers! More James Carville on Wikipedia.

Ideologies aren't all that important. What's important is psychology. The Democratic constituency is just like a herd of cows. All you have to do is lay out enough silage and they come running. That's why I became an operative working with Democrats. With Democrats all you have to do is make a lot of noise, lay out the hay, and be ready to use the ole cattle prod in case a few want to bo.

What bothers people the most about corruption is not the fouling of the process but the impact on real things — energy prices, the Iraq war and Medicare reform. Those are 'facts' that upset people the most. The corruption scandal is all about energy, Iraq, and the prescription drug mess — the dominant issues for the public. 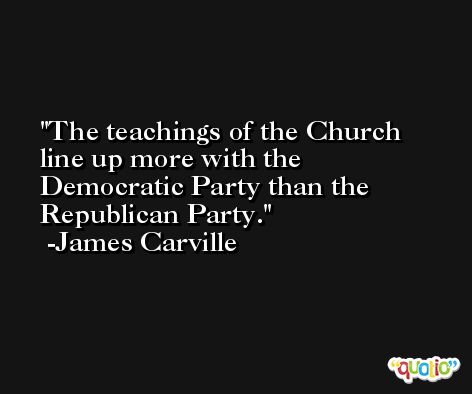 Bob's probably got a lot going on in his life.

Every day Catholics prove that you can be a good Catholic and a good Democrat and have a different position from the Church on abortion. 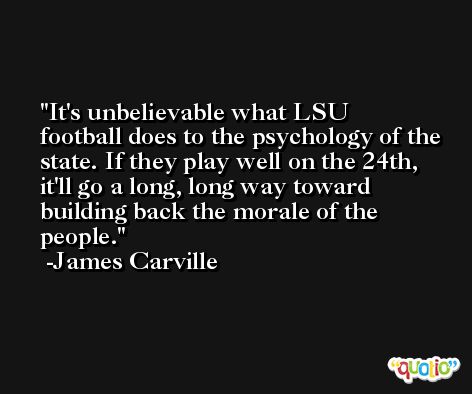 This show will be another opportunity for me to engage in the back-and-forth debates on sports that, until now, Luke and I have limited to the stadium.

James Carville, the raging Cajun, defender of Bill Clinton, said, 'I don't think there's a Second Amendment right to own a gun, but I think it's a loser political issue.' .