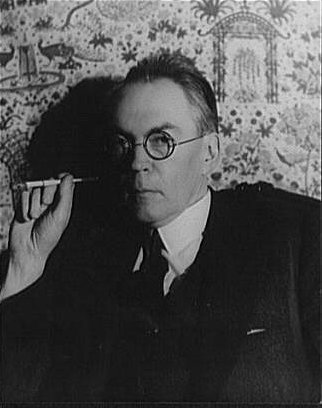 "James Branch Cabell" was an American author of fantasy fiction and belles lettres. Cabell was well regarded by his contemporaries, including H. L. Mencken, Edmund Wilson, and Sinclair Lewis. His works were considered escapist and fit well in the culture of the 1920s, when his works were most popular. For Cabell, veracity was "the one unpardonable sin, not merely against art, but against human welfare." Interest in Cabell declined in the 1930s, a decline that has been attributed in part to his failure to move out of his fantasy niche. Alfred Kazin said that "Cabell and Hitler did not inhabit the same universe". Although escapist, Cabell's works are ironic and satirical. H. L. Mencken disputed Cabell's claim to romanticism and characterized him as "really the most acidulous of all the anti-romantics. His gaudy heroes ... chase dragons precisely as stockbrockers play golf." Cabell saw art as an escape from life, but once the artist creates his ideal world, he finds that it is made up of the same elements that make the real one.

If you enjoy these quotes, be sure to check out other famous novelists! More James Branch Cabell on Wikipedia.

I am willing to taste any drink once.

The optimist proclaims that we live in the best of all possible worlds; and the pessimist fears this is true. 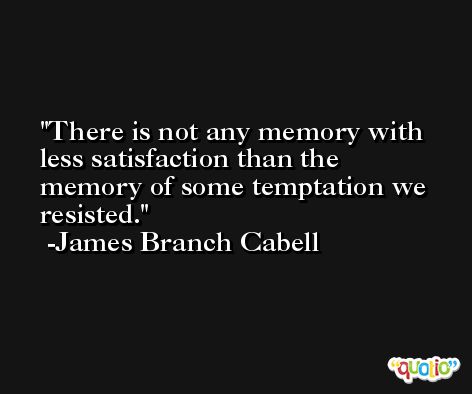 Why is the King of Hearts the only one that hasn't a moustache?

Patriotism is the religion of hell. 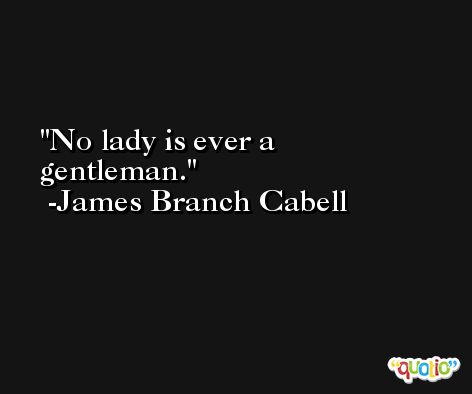 While it is well enough to leave footprints on the sands of time, it is even more important to make sure they point in a commendable direction.

People marry for a variety of reasons and with varying results. But to marry for love is to invite inevitable tragedy.