She is allergy/allergic to sand.

In 2006 she had a public spat with fellow British athlete Kelly Sotherton with the media claiming they openly threw insults at each other. Kelly Sotherton had been British number one at the long jump and heptathlon at the time, with Jade just having returned from a serious injury. In November 2007 she had her lottery funding removed making it harder for her to return to top rank competition. However, since then, she has set personal bests in the 100 metres and 200 metres sprints and in the long jump. She has also stated that she is now enjoying the sport more.

I want to put all my efforts into the Commonwealth Games. The World Indoors would be more of a greed thing. When people see dollar signs, it allows them to think about that rather than the bigger picture.

For me it isn't about the money or the greed, it's always been about the medals. 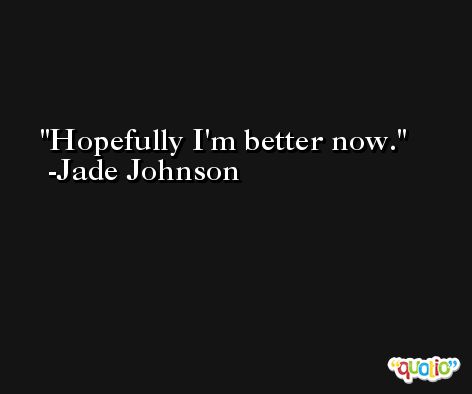 When people see pound signs or dollar signs or euro signs it allows them to think about that rather than what the bigger picture is.