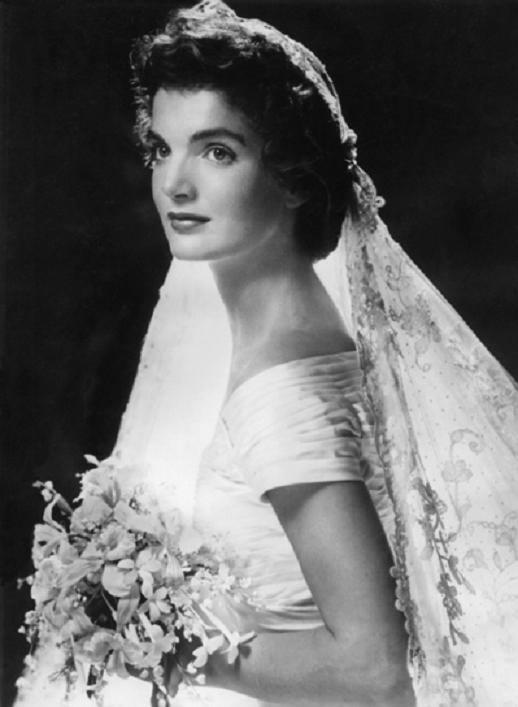 "Jacqueline Lee "Jackie" (Bouvier) Kennedy Onassis" (pronounced ) (July 28, 1929 – May 19, 1994) was the wife of the 35th President of the United States, John F. Kennedy, and First Lady of the United States during his presidency from 1961 until Assassination of John F. Kennedy/his assassination in 1963. Five years later she married Greek people/Greek shipping magnate Aristotle Onassis; they remained married until his death in 1975.

Jacqueline was the elder daughter of Wall Street stockbroker John Vernou Bouvier III and Janet Lee Bouvier/Janet Norton Lee, who divorced in 1940. In 1951, she graduated with a Bachelor of Arts degree in French literature at George Washington University and went on to work for the Washington Times-Herald as an Inquiring Photographer.

If you bungle raising your children, I don't think whatever else you do matters very much.

I don't think there are any men who are faithful to their wives. 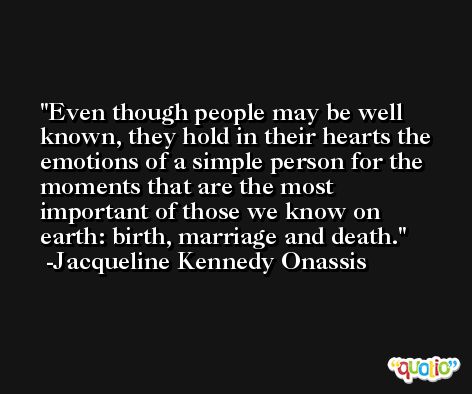 The only routine with me is no routine at all.

The first time you marry for love, the second for money, and the third for companionship. 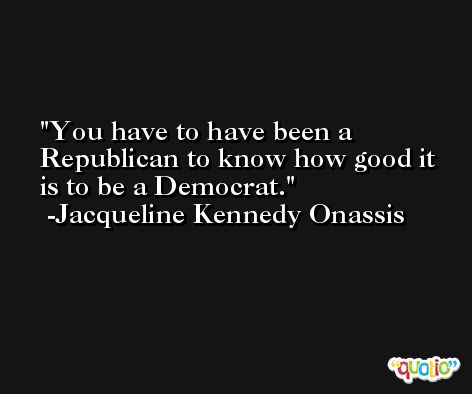 I want minimum information given with maximum politeness.