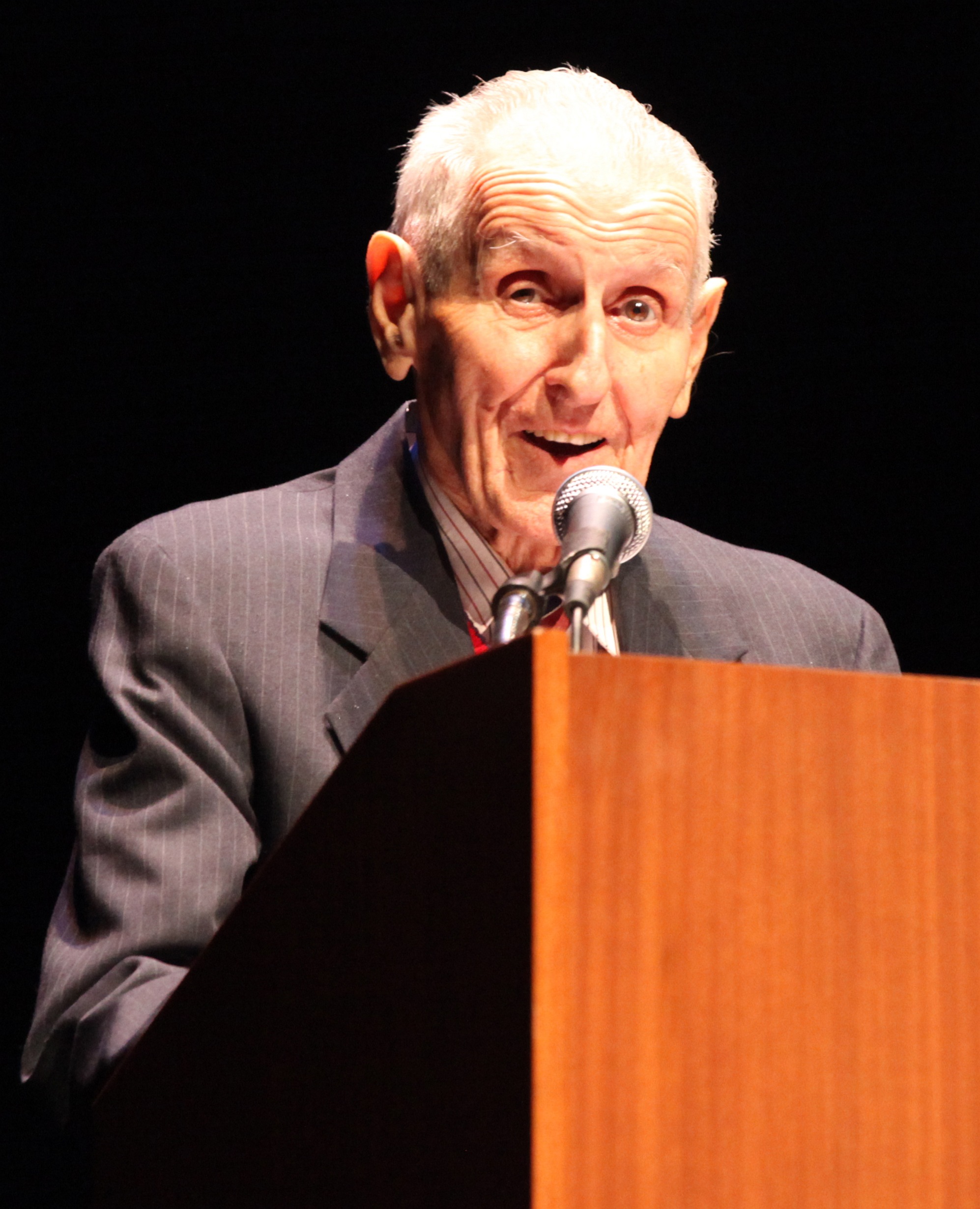 "Jacob "Jack" Kevorkian", was an American pathologist, euthanasia activist, painter, author, composer, and instrumentalist. He is best known for publicly championing a terminal patient's right to die via assisted suicide/physician-assisted suicide; he claimed to have assisted at least 130 patients to that end. He was often portrayed in the media as ""Dr. Death""; however, many consider him a hero as he helped set the platform for reform. He famously said, "Dying is not a crime."

In 1999, Kevorkian was arrested and tried for his direct role in a case of voluntary euthanasia. He was convicted of Murder (United States law)#Degrees of murder in the United States/second-degree murder and served eight years of a 10-to-25-year prison sentence. He was released on parole on June 1, 2007, on condition he would not offer advice nor participate nor be present in the act of any type of suicide involving euthanasia to any other person; as well as neither promote nor talk about the procedure of assisted suicide.

As an oil painter and a jazz musician, Kevorkian marketed limited quantities of his visual and musical artwork to the public.

This could never be a crime no matter what words are written on paper... just like it was never a crime to drink beer, even though words on paper said it was, and that women were too dumb to vote.

The public can tolerate a Nazi America. 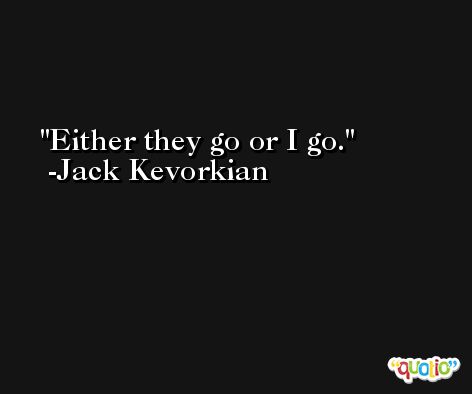 I don't think that Dr. Kevorkian, by martyring himself, does anybody any good.

I did, ... But it could be manslaughter, not murder. It's not necessarily murder. But it doesn't bother me what you call it. I know what it is. This could never be a crime in any society which deems itself enlightened. 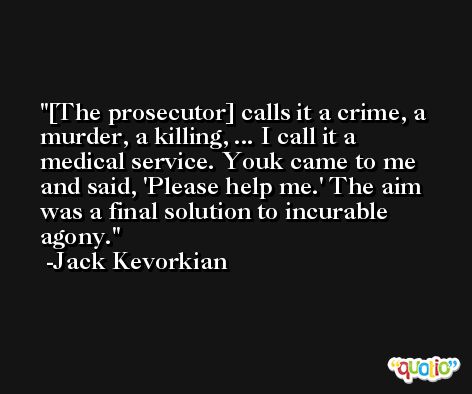 Either they go or I go, ... If I'm acquitted, they go, because they know they'll never convict me. If I'm convicted, I will starve to death in prison, so I will go.

All we have to do to solve the whole controversy is have the medical profession come forward (and) lay the guidelines down, ... The guidelines say only certain doctors can do it, and if you don't, we're going to punish you. 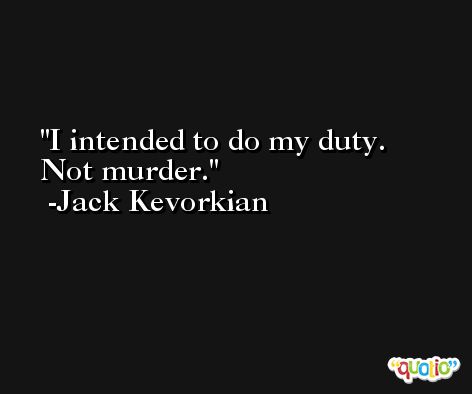