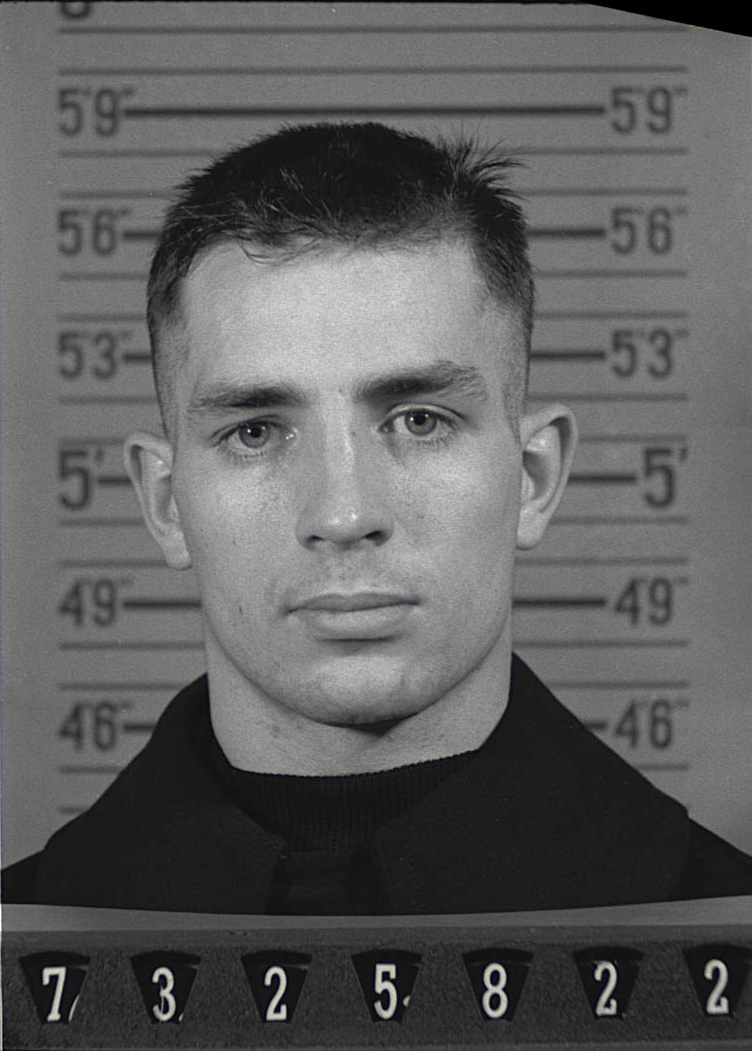 "Jack Kerouac" was an American novelist and poet.

He is considered a literary Iconoclasm/iconoclast and, alongside William S. Burroughs and Allen Ginsberg, a pioneer of the Beat Generation. Kerouac is recognized for his method of spontaneous prose. Thematically, his work covers topics such as Catholic spirituality, jazz, promiscuity, Buddhism, drugs, poverty, and travel. He became an underground celebrity and, with other Beat Generation/beats, a progenitor of the History of the hippie movement /hippie movement, although he remained antagonistic toward some of its politically radical Counterculture of the 1960s/elements.

In 1969, at age 47, Kerouac died from internal bleeding due to long-term alcohol abuse. Since his death Kerouac's literary prestige has grown and several previously unseen works have been published. All of his books are in print today, among them: The Town and the City, On the Road, Doctor Sax, The Dharma Bums, Mexico City Blues, The Subterraneans, Desolation Angels (novel)/Desolation Angels, Visions of Cody, The Sea Is My Brother, and Big Sur (novel)/Big Sur.

If you enjoy these quotes, be sure to check out other famous novelists! More Jack Kerouac on Wikipedia.

My fault, my failure, is not in the passions I have, but in my lack of control of them.

I like too many things and get all confused and hung-up running from one falling star to another till i drop. This is the night, what it does to you. I had nothing to offer anybody except my own confusion. 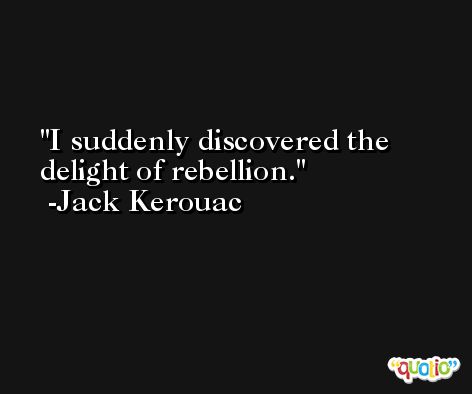 The only people for me are the mad ones, the ones who are mad to live, mad to talk, mad to be saved...the ones who never yawn or say a commonplace thing, but burn, burn, burn, like fabulous yellow roman candles exploding like spiders across the stars.

This is the story of America. Everybody's doing what they think they're supposed to do. 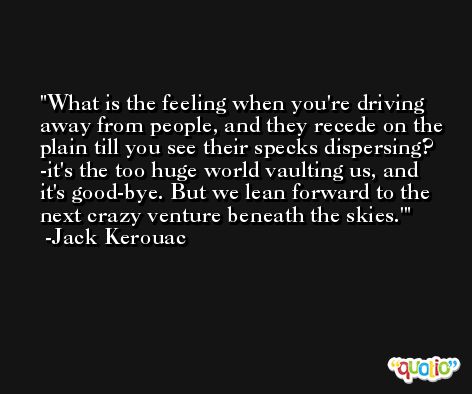 The only people for me are the mad ones, the ones who are mad to live, mad to talk, mad to be saved, desirous of everything at the same time, the ones who never yawn or say a commonplace thing, but burn, burn, burn like fabulous yellow roman candles exploding like spiders across the stars. 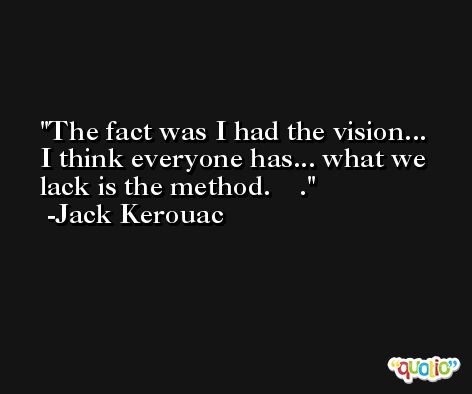 Isn't it true that you start your life a sweet child believing in everything under your father's roof? Then comes the day of the Laodiceans, when you know you are wretched and miserable and poor and blind and naked, and with the visage of a gruesome grieving ghost you go shuddering through nightmare life.

You, man must write exactly as everything rushes into your head and AT ONCE. The pain of writing is just that... 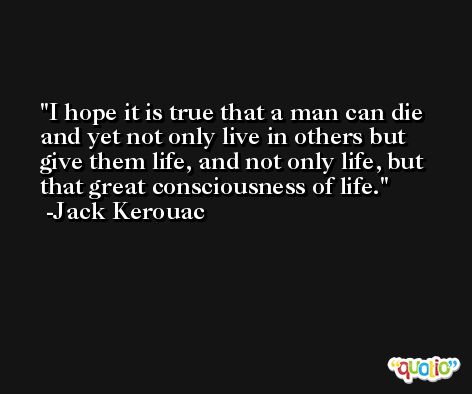 All human beings are also dream beings. Dreaming ties all mankind together.

Great things are not accomplished by those who yield to trends and fads and popular opinion. 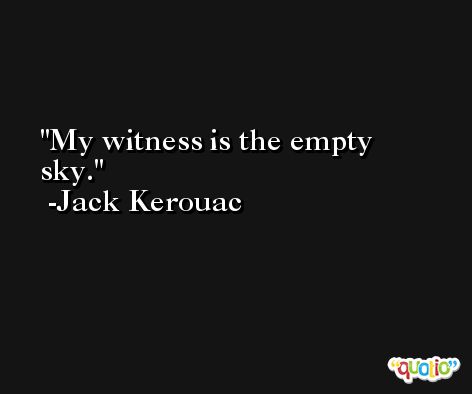 Man lowers his head and lunges into civilization, forgetting the days of his infancy when he sought truth in a snowflake or a stick. Man forgets the wisdom of the child.

Maybe that's what life is...a wink of the eye and winking stars. 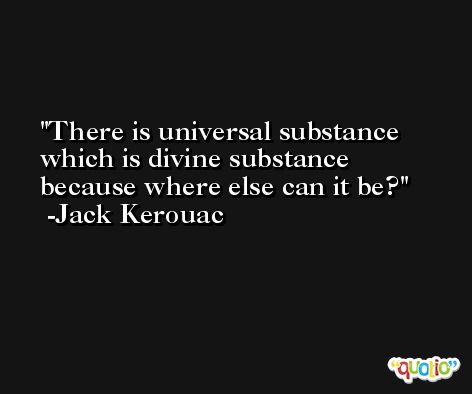