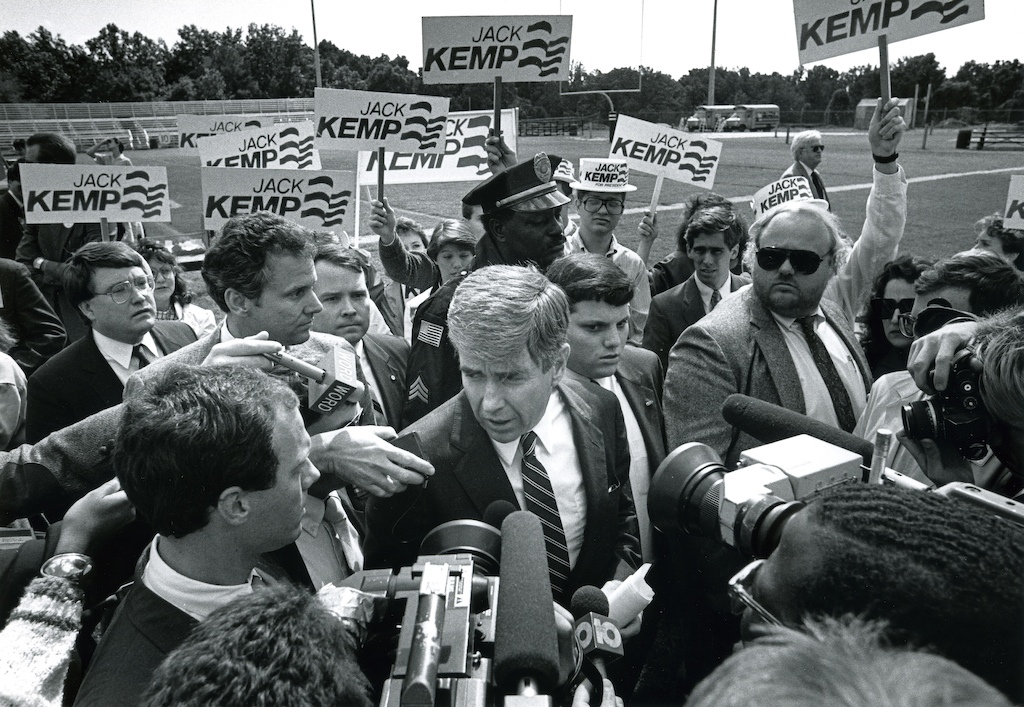 "Jack French Kemp" was an American politician and a College football/collegiate and Professional American and Canadian football/professional football player. A Republican Party (United States)/Republican, he served as United States Secretary of Housing and Urban Development/Housing Secretary in the administration of President of the United States/President George H. W. Bush from 1989 to 1993, having previously served nine terms as a United States House of Representatives/congressman for Western New York's New York's 31st congressional district/31st congressional district from 1971 to 1989. He was the Republican Party's nominee for Vice President of the United States/Vice President in the U.S. presidential election, 1996/1996 election, where he was the running mate of presidential nominee Bob Dole. Kemp had previously contended for the presidential nomination in the U.S. presidential election, 1988/1988 Republican primaries.

If you enjoy these quotes, be sure to check out other famous politicians! More Jack Kemp on Wikipedia.

Every time in this century we've lowered the tax rates across the board, on employment, on saving, investment and risk-taking in this economy, revenues went up, not down.

Clearly, we are going to start reaching out all over the country for money now, ... one of my absolute heroes. 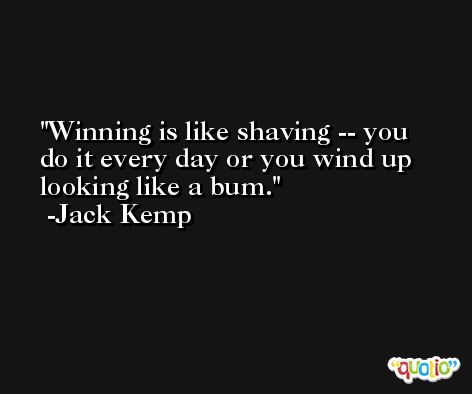 Republicans many times can't get the words 'equality of opportunity' out of their mouths. Their lips do not form that way.

There is a kind of victory in good work, no matter how humble. 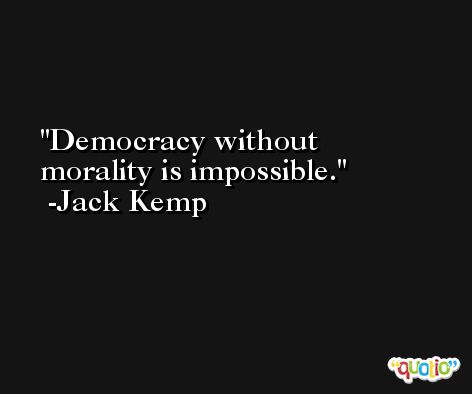 Democracy is not a mathematical deduction proved once and for all time. Democracy is a just faith fervently held, commitment to be tested again and again in the fiery furnace of history.

Pro football gave me a good perspective. When I entered the political arena, I had already been booed, cheered, cut, sold, traded, and hung in effigy. 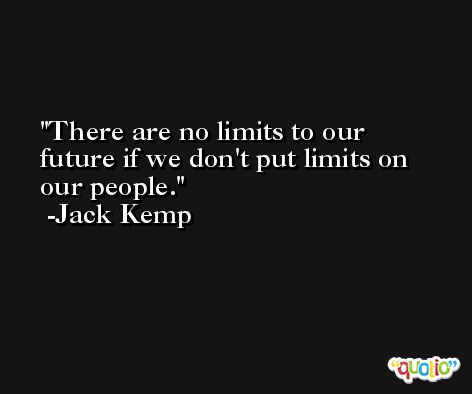