"Jack Gould" was an United States/American journalist and critic, who wrote influential commentary about television.

Born in New York City, Gould became the chief television reporter and critic for The New York Times in 1948 after several years covering theater and radio for that paper. His columns and reviews (along with those of rival John Crosby (media critic)/John Crosby of the The New York Herald Tribune/New York Herald Tribune) were widely read by decision makers in the fledgling medium of television, and Gould had many professional and personal relationships/acquaintances with prominent industry figures such as Edward R. Murrow and Fred Friendly.

Gould did not hold back harsh criticism, even when The New York Times itself produced its own public affairs program in 1963. Gould was heavily critical, yet optimistic, on the potential power of the television medium as a force for social good.

Gould retired from the Times in 1972.

Commercials on television are similar to sex and taxes; the more talk there is about them, the less likely they are to be curbed.

There is something supremely reassuring about television; the worst is always yet to come. 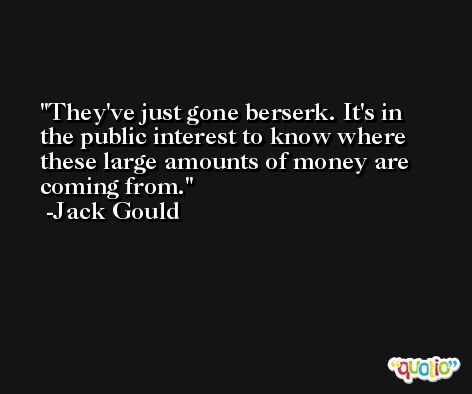 It's like being called up in the draft. The peculiar joy of hemorrhaging without bleeding starts when the evil little red light glows on the monstrous camera.

This idea that privilege comes with position is something that's terribly antiquated and doesn't belong in a democracy. These are elected officials who chose to serve the public, and the idea of serving the public doesn't include taking gifts from someone who obviously wants something in return. 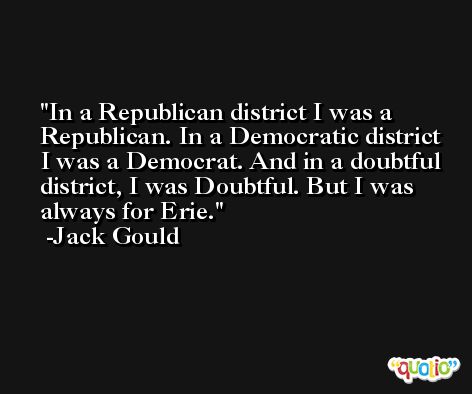 One does not allow the plumbers to decide the temperature, depth and timing of a bath.