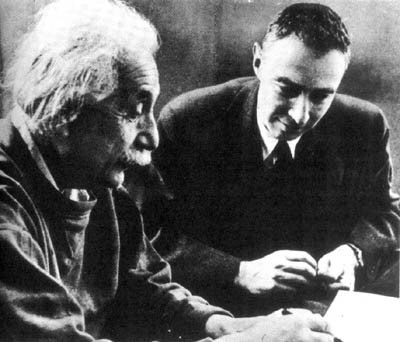 "Julius Robert Oppenheimer" was an American theoretical physics/theoretical physicist and professor of physics at the University of California, Berkeley. He is among the persons who are often called the "father of the atomic bomb" for their role in the Manhattan Project, the World War II project that developed the first nuclear weapons. The first atomic bomb was detonated on July 16, 1945, in the Trinity test in New Mexico; Oppenheimer remarked later that it brought to mind words from the Bhagavad Gita: "Now I am become Death, the destroyer of worlds."

After the war he became a chief advisor to the newly created United States Atomic Energy Commission and used that position to lobby for international control of nuclear power to avert nuclear proliferation and an nuclear arms race/arms race with the Soviet Union. After provoking the ire of many politicians with his outspoken opinions during the Second Red Scare, he had his security clearance#United States/security clearance revoked in a much-publicized hearing in 1954, and was effectively stripped of his direct political influence; he continued to lecture, write and work in physics. Nine years later President John F. Kennedy awarded (and Lyndon B. Johnson presented) him with the Enrico Fermi Award as a gesture of political rehabilitation.

If you enjoy these quotes, be sure to check out other famous physicists! More J. Robert Oppenheimer on Wikipedia.

There are children playing in the streets who could solve some of my top problems in physics, because they have modes of sensory perception that I lost long ago.

The optimist thinks that this is the best of all possible worlds, and the pessimist knows it. 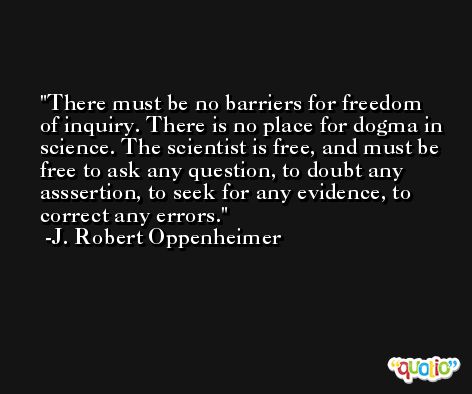 The atomic bomb made the prospect of future war unendurable. It has led us up those last few steps to the mountain pass; and beyond there is a different country.

When you see something that is technically sweet, you go ahead and do it and you argue about what to do about it only after you have had your technical success. That is the way it was with the atomic bomb. 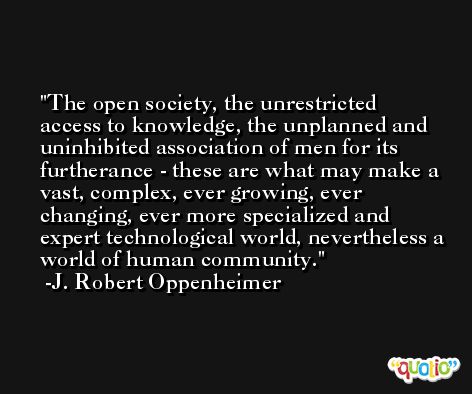 Any man whose errors take ten years to correct is quite a man.

No man should escape our universities without knowing how little he knows. 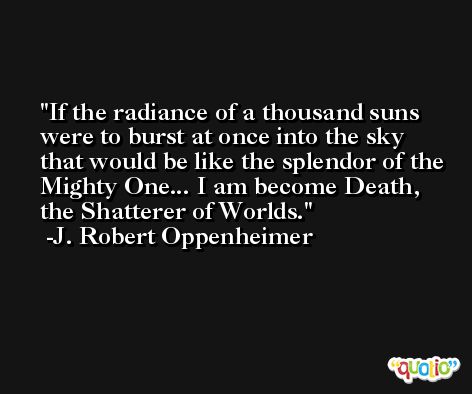 Both the man of science and the man of action live always at the edge of mystery, surrounded by it.