If you enjoy these quotes, be sure to check out other famous politicians! More Ismail Haniyeh on Wikipedia.

We call on you to transfer all aid to the Palestinian treasury.

There is no winner and loser here. The elections are just the first step on the way to building a Palestinian political system. 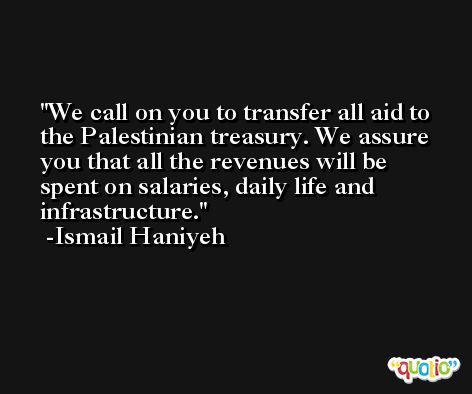 We call on you to understand the priorities of our Palestinian people at this stage and continue the spiritual and financial support in order to push the region towards stability rather than pressure and tension. 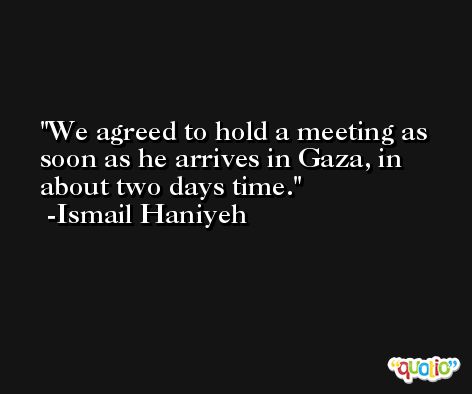 We confirm to you this income will be used to pay the salaries of [government] employees and fund daily running costs and infrastructure. You [donors] can confirm this through a mechanism that can be agreed upon.

The U.S. administration and European countries should put pressure ... on the occupier and not the occupied and displaced Palestinian people. 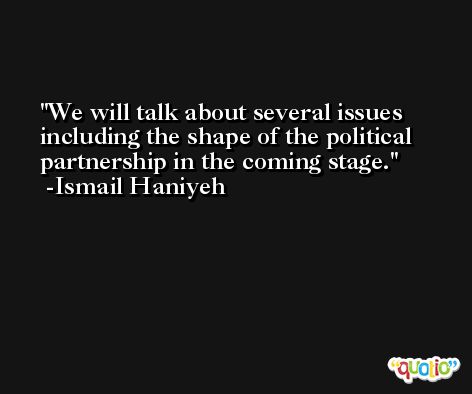