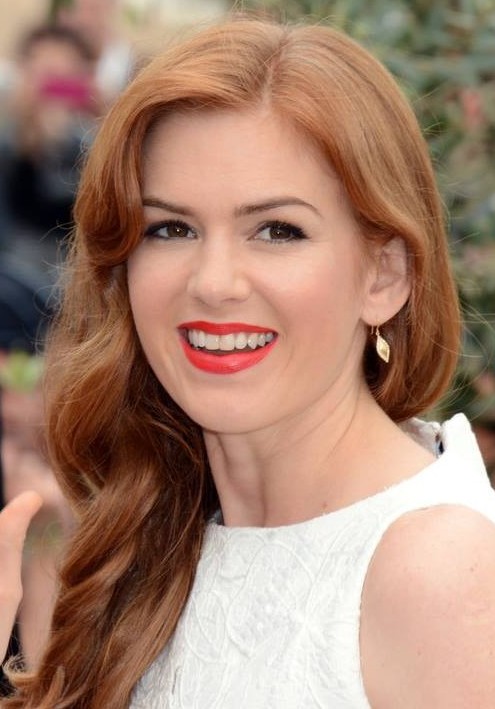 "Isla Lang Fisher" is an actress who began her acting career on Australian television. She was born to Scottish people/Scottish parents in Oman and raised in Australia. She appeared on the children's adventure series Bay Cove, and the short-lived soap opera Paradise Beach, before playing Shannon Reed on the soap opera Home and Away. She has since been known for her comedic roles in Scooby-Doo (film)/Scooby-Doo (2002), I Heart Huckabees (2004), Wedding Crashers (2005), Hot Rod (film)/Hot Rod (2007), Definitely, Maybe (2008), Confessions of a Shopaholic (film)/Confessions of a Shopaholic (2009), Rango (2011 film)/Rango (2011), Bachelorette (film)/Bachelorette (2012), and the fourth season of Arrested Development (TV Series)/Arrested Development (2013). In 2013, Fisher starred as Myrtle Wilson in The Great Gatsby (2013 film)/The Great Gatsby and as Henley Reeves in Now You See Me (film)/Now You See Me.

She has been married to English people/English comedian and actor Sacha Baron Cohen since 2010 and has two children with him.

If you enjoy these quotes, be sure to check out other famous actresses! More Isla Fisher on Wikipedia.

They'd [Wilson and Vaughn's characters] have to chuck us in the first act so they can crash again.

It's a comedy, there's not a great message behind it. 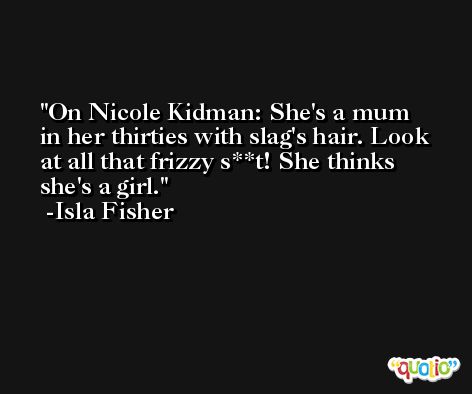 I think we'll do it like Britney and just go to Vegas, ... That could be fun.