"Isaac Goldberg" was an United States/American journalist, author, critic, translator, editor, publisher, and lecturer. Born in Boston, Massachusetts/Boston he studied at Harvard University and received a Bachelor's degree/BA degree in 1910, a Master's degree/MA degree in 1911 and a Doctorate/PhD in 1912. He traveled to Europe as a journalist during World War I writing for the Boston Evening Transcript.

If you enjoy these quotes, be sure to check out other famous critics! More Isaac Goldberg on Wikipedia.

Diplomacy is to do and say, the nastiest thing in the nicest way.

Grammar school never taught me anything about grammar. 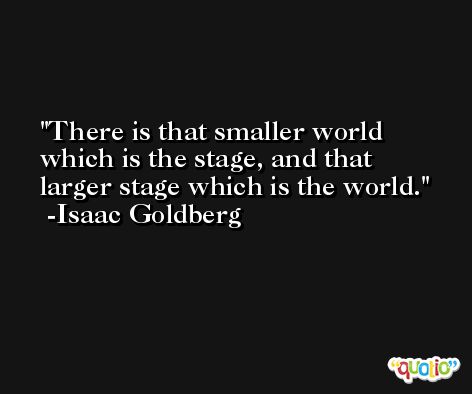