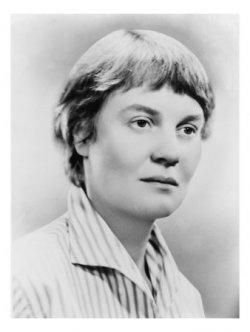 "Dame Iris Murdoch" Dame Commander of the Order of the British Empire/DBE was an Irish-born British author and philosopher, best known for her novels about good and evil, sexual relationships, morality, and the power of the unconscious. Her first published novel, Under the Net, was selected in 1998 as one of Modern Library 100 Best Novels/Modern Library's 100 best English-language novels of the 20th century. In 1987, she was made a Dame Commander of the Order of the British Empire. In 2008, The Times ranked Murdoch twelfth on a list of "The 50 greatest British literature/British writers since 1945".

If you enjoy these quotes, be sure to check out other famous writers! More Iris Murdoch on Wikipedia.

Writing is like getting married. One should never commit oneself until one is amazed at one's luck.

Happiness is a matter of one's most ordinary and everyday mode of consciousness being busy and lively and unconcerned with self. 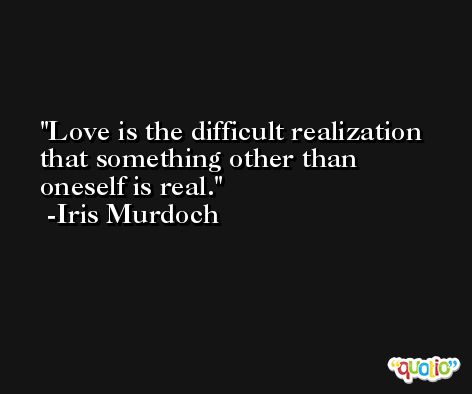 People from a planet without flowers would think we must be mad with joy the whole time to have such things about us.

The cry of equality pulls everyone down. 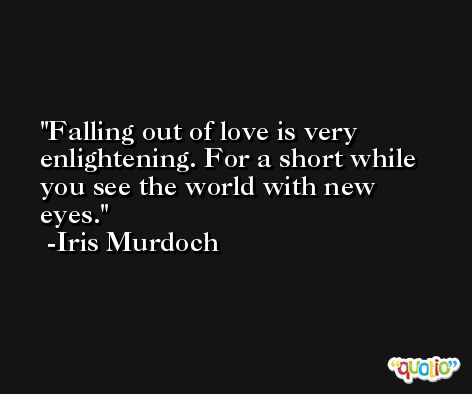 The absolute yearning of one human body for another particular body and its indifference to substitutes is one of life's major mysteries.

Every man needs two women, a quiet home-maker, and a thrilling nymph. 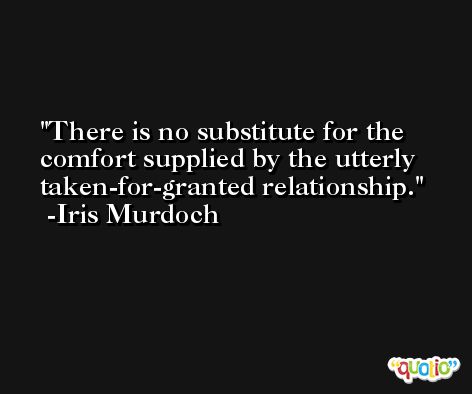 We can only learn to love by loving.

Man's creative struggle, his search for wisdom and truth, is a love story. 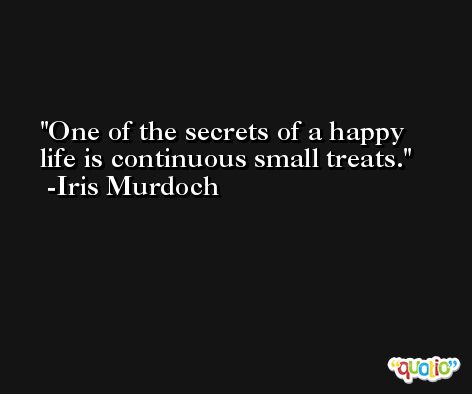