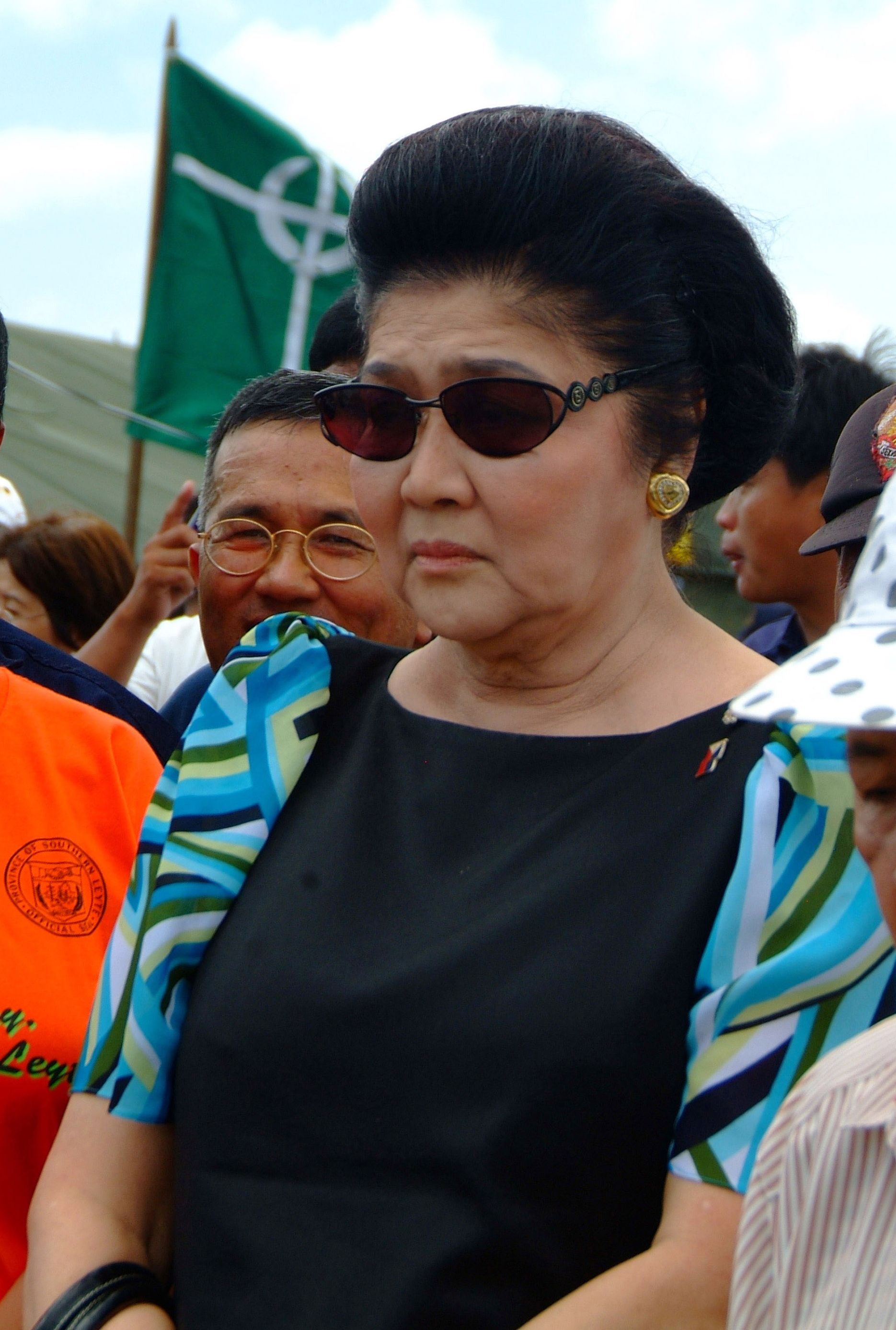 "Imelda Marcos", is the widow of former Philippine President of the Philippines/President Ferdinand Marcos. In popular culture, she is often remembered for her collection of more than a thousand pairs of shoes.

When President Marcos' government was accused of being involved in the Assassination of Benigno Aquino, Jr./assassination of Benigno Aquino, Jr., the people in Manila led the so-called People Power Revolution and forced Marcos out of office in 1986. Corazon Aquino, as the then new elected President, requested that American forces at Clark Air Base have the Marcos family exiled to the United States, and they were sent to Hawaii. After the death of Ferdinand, Imelda and her family were granted permission by Aquino to return to the Philippines. Her return has since allowed her to restore her political dynasty. She was elected to the House of Representatives of the Philippines/House of Representatives in 1995 for Leyte province/Leyte, and again in 2010 for Ilocos Norte.

Despite facing numerous allegations of the family's source of wealth, she was not imprisoned on these charges. She continued to wield power, and her ability to survive upheavals in her life has led her to be called the "Iron Lady/Steel Butterfly".

Win or lose, we go shopping after the election.

I have never been a material girl. My father always told me never to love anything that cannot love you back. 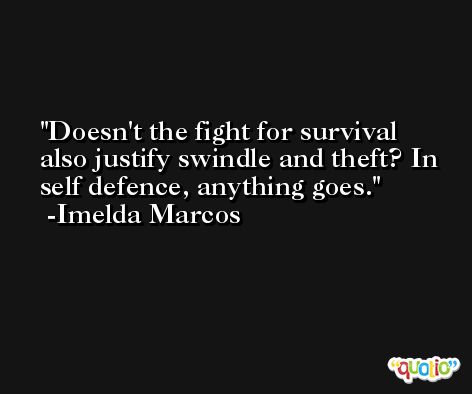 Never dress down for the poor. They won't respect you for it. They want their First Lady to look like a million dollars.

If you know how rich you are, you are not rich. But me, I am not aware of the extent of my wealth. That's how rich we are. 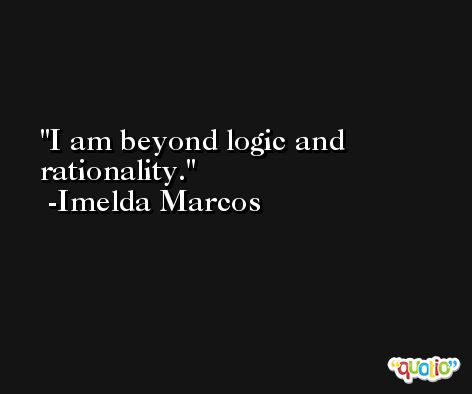 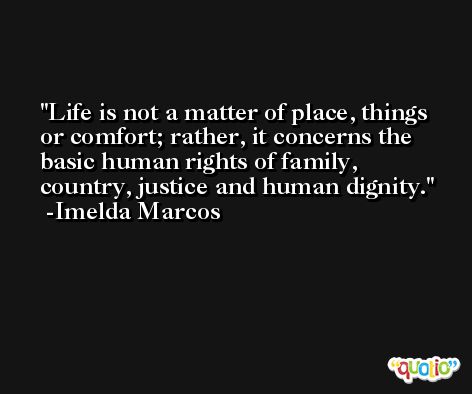