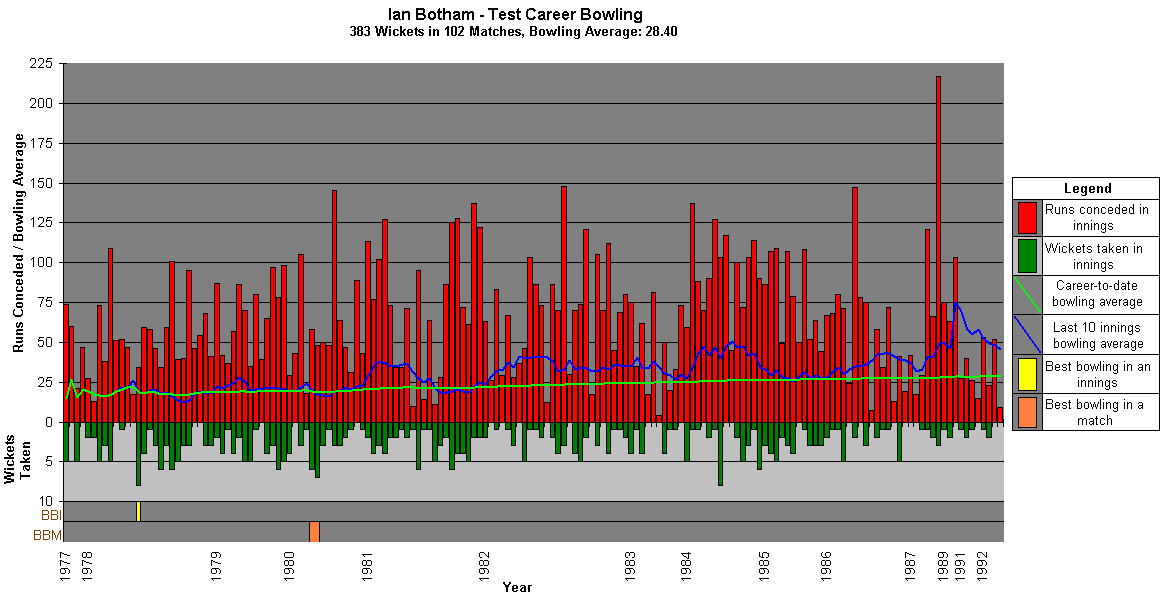 "Sir Ian Terence Botham", Order of the British Empire/OBE is a former English cricket team/England test cricket/Test cricketer and Test team captain, and current cricket commentator. He was a genuine all-rounder with 14 centuries and 383 wickets in Test cricket, and remains well known by his nickname "Beefy". While at times a controversial player both on and off the field, Botham also held a number of Test cricket records, and still holds the record for the highest number of wickets taken by an England bowler.

He is generally regarded as being England's greatest ever all-rounder, particularly in Test cricket, although having earned celebrity status, his award of a Knight Bachelor/knighthood was in recognition of his services to charity.

Just like fellow cricketers Denis Compton, Chris Balderstone and Arnold Sidebottom, Botham was also a talented association football/footballer, and made 11 appearances in the Football League.

Botham was knighted by Queen Elizabeth II in the 2007 New Years Honours List and on 8 August 2009, was inducted into the ICC Cricket Hall of Fame.

If you enjoy these quotes, be sure to check out other famous athletes! More Ian Botham on Wikipedia.

You're a long time retired.

He crossed the line between eccentricity and idiocy far too often for someone who was supposed to be running English cricket. 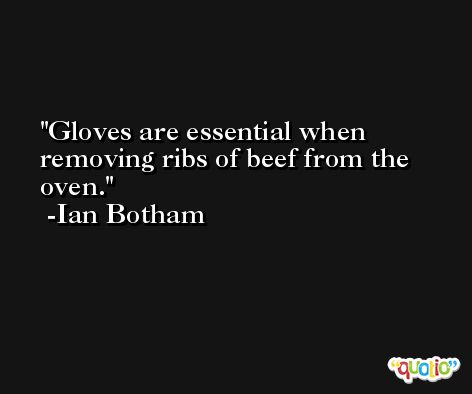 The most famous cricketers are too big to play county cricket.

Freddie and the England boys will all be coming along. 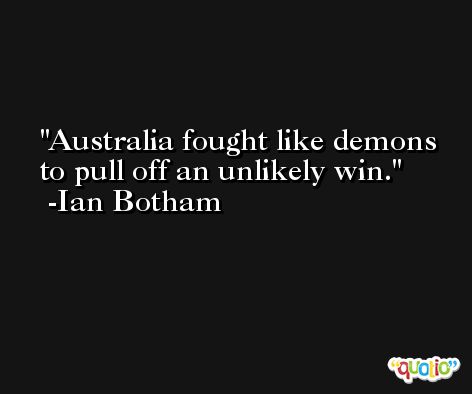 Bloody medieval most of them.

England will still have to play out of their skins to win at The Oval. 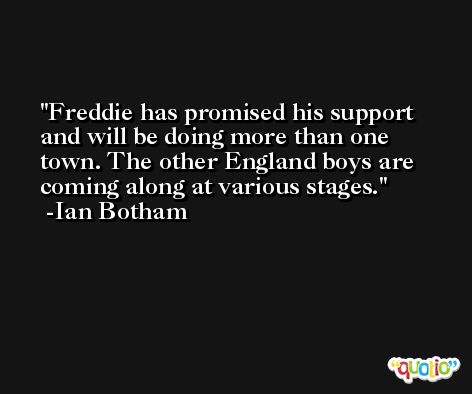