"Hun Sen" is the 34th and current Prime Minister of Cambodia, Deputy President of the Cambodian People's Party (CPP), and Parliament of Cambodia/Member of Parliament (MP) for Kandal Province/Kandal. He has served as Cambodia's premier for more than 25 years, making him the longest serving head of government of Cambodia and one of the longest serving leaders in the world. From 1979 to 1986 and again from 1987 to 1990, Hun Sen served as Cambodia's foreign minister. His full honorary title is "Samdech Akeak Moha Sena Padey Decho Hun Sen" (; meaning "Lord Prime Minister, Supreme Military Commander Hun Sen"). Born "Hun Bunal", he changed his name to Hun Sen in 1972 two years after joining the Khmer Rouge.

If you enjoy these quotes, be sure to check out other famous statesmen! More Hun Sen on Wikipedia.

We have lost the art of sharing and caring.

The lessons of the past should steer us towards ensuring lasting legacies for generations yet to be born. 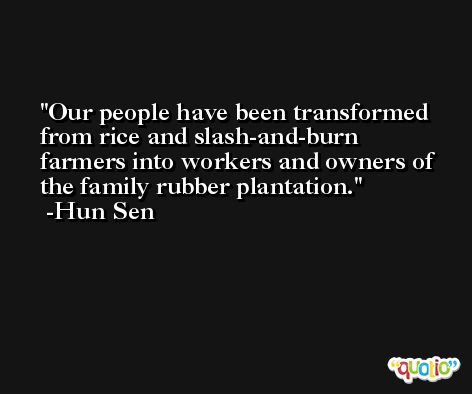 Cambodia possesses now the rights to look far into the future and everything for making a future construction is waiting for the Cambodian own efforts.

Let me reassure that the Kingdom of Cambodia a country with independence, neutrality, peace, freedom, democracy and human rights as you all have seen, shall be existing with no end. 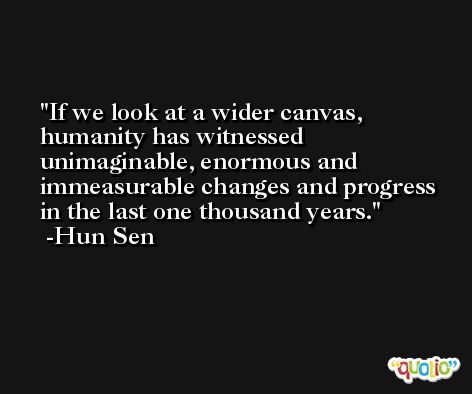 Technological revolution that we witnessed in the last century has gone so far for our human moral to catch up with.

Yet, our achievements also mask many continuing failings and seem to expose more future dangers. 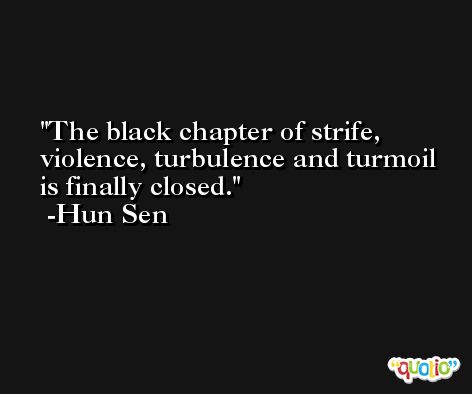