"Horace Mann" was an American politician and educational reformer. A Whig Party (United States)/Whig devoted to promoting speedy modernization, he served in the Massachusetts State Legislature (1827–37). In 1848, after serving as Secretary of the Massachusetts State Board of Education since its creation, he was elected to the United States House of Representatives. Historian Ellwood P. Cubberley asserts:

: No one did more than he to establish in the minds of the American people the conception that education should be universal, non-sectarian, free, and that its aims should be social efficiency, civic virtue, and character, rather than mere learning or the advancement of sectarian ends.

Arguing that universal public education was the best way to turn the nation's unruly children into disciplined, judicious Republicanism in the United States/republican citizens, Mann won widespread approval from modernizers, especially in his Whig Party (United States)/Whig Party, for building public schools. Most states adopted one version or another of the system he established in Massachusetts, especially the program for "normal schools" to train professional teachers. Mann has been credited by educational historians as the "Father of the Common School Movement".

Be ashamed to die until you have won some victory for humanity.

He will always be a slave who does not know how to live upon a little. 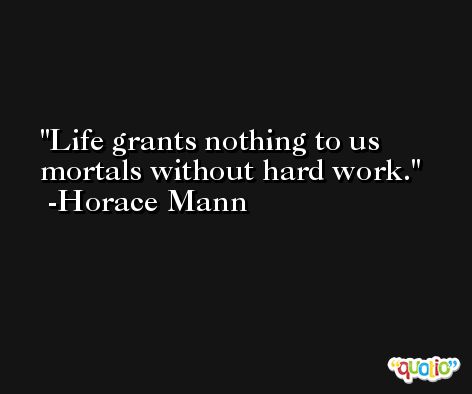 Remember when life's path is steep to keep your mind even.

Make money, money by fair means if you can, if not, but any means money. 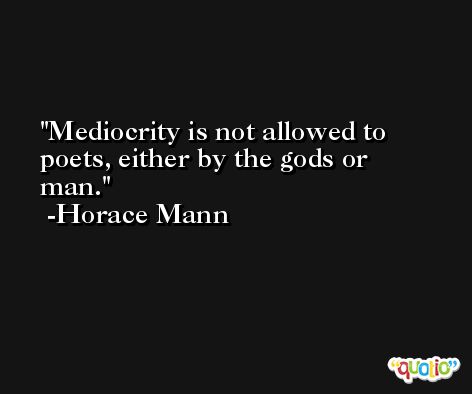 There is measure in all things. 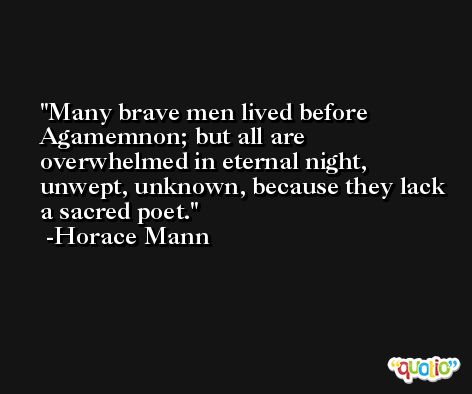 Resolve to edge in a little reading every day, if it is but a single sentence. If you gain fifteen minutes a day, it will make itself felt at the end of the year.

Let us not be content to wait and see what will happen, but give us the determination to make the right things happen. 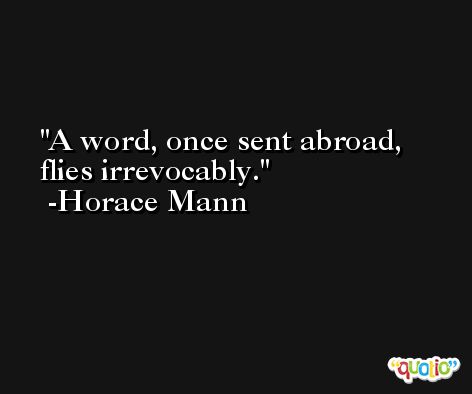 Pale Death with impartial tread beats at the poor man's cottage door and at the palaces of kings.

Mix a little foolishness with your serious plans; it's lovely to be silly at the right moment. 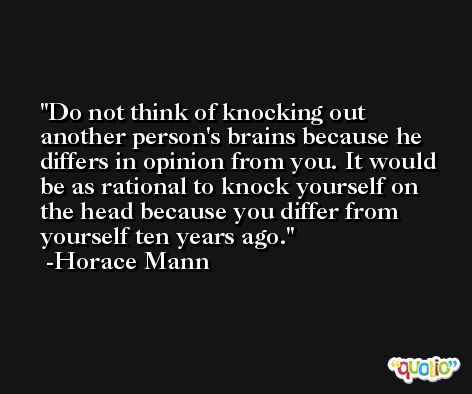 One wanders to the left, another to the right. Both are equally in error, but, are seduced by different delusions.

Adversity has the effect of eliciting talents, which in prosperous circumstances would have lain dormant. 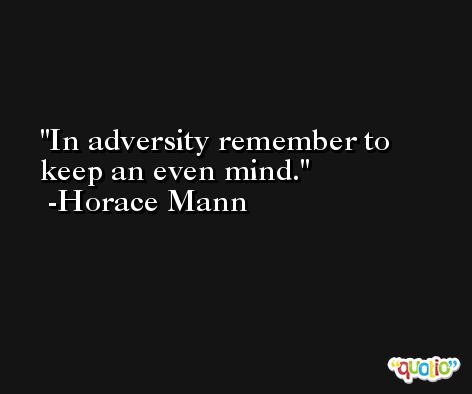 A house without books is like a room without windows. No man has a right to bring up his children without surrounding them with books, if he has the means to buy them.

Education...beyond all other devices of human origin, is a great equalizer of conditions of men --the balance wheel of the social machinery...It does better than to disarm the poor of their hostility toward the rich; it prevents being poor. 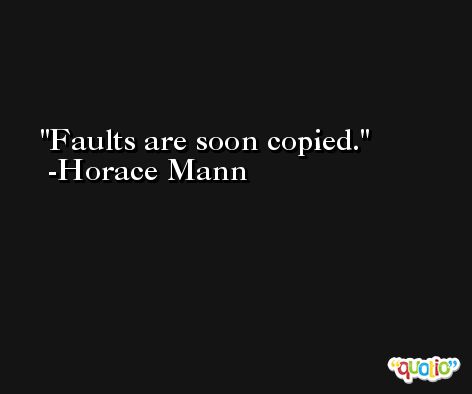 Force without wisdom falls of its own weight.

I will not add another word. 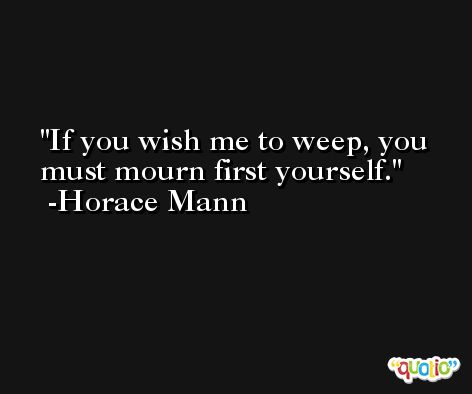 Whatever advice you give, be brief.

Think to yourself that every day is your last; the hour to which you do not look forward will come as a welcome surprise. 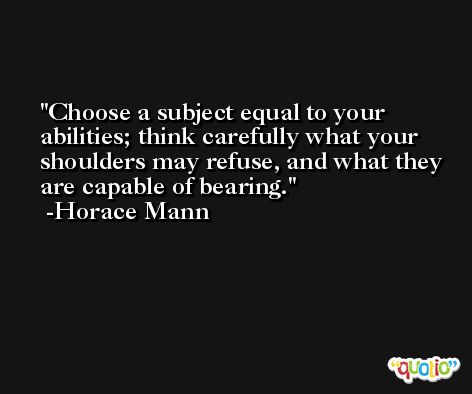 Life is largely a matter of expectation. 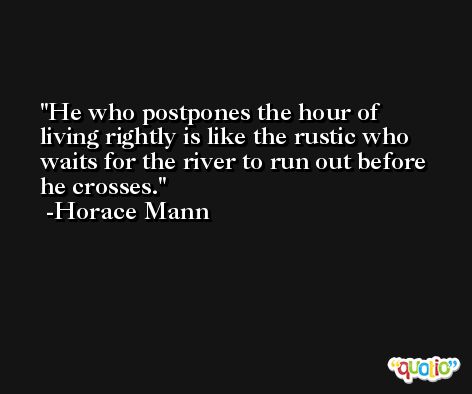