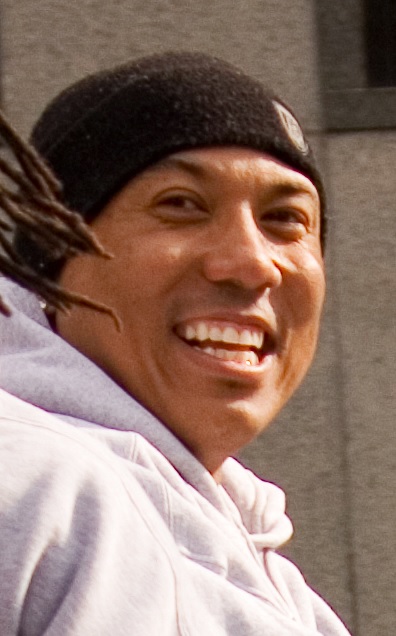 "Hines Edward Ward, Jr." is a former American football wide receiver and current NBC studio analyst who played 14 seasons for the Pittsburgh Steelers of the National Football League (NFL). He played college football at the University of Georgia. The Pittsburgh Steelers selected him in the third round of the 1998 NFL Draft, and he became the team's all-time leader in receptions, receiving yardage and touchdown receptions. Ward was voted MVP of Super Bowl XL, and upon retirement was one of only eight NFL players to have 1,000 or more career receptions.

Born in Seoul, South Korea to a Koreans/Korean mother and an African American father, Ward grew up in the Atlanta area. He has become an advocate for the Demographics of South Korea/social acceptance of foreigners in Korea, especially Multiracial/mixed-race youth.

Aside from his career in the NFL, Ward has appeared in various forms of television and film media, including the reality TV series Dancing With The Stars, and brief cameos in the 2012 film The Dark Knight Rises and in the television series, The Walking Dead (TV series)/The Walking Dead. He is currently a studio analyst for NBC's Football Night in America.

We'll do whatever we have to do to win, ... We like catching the ball, but the big thing is getting that 'W' every week. I'll take that over anything else, any day. 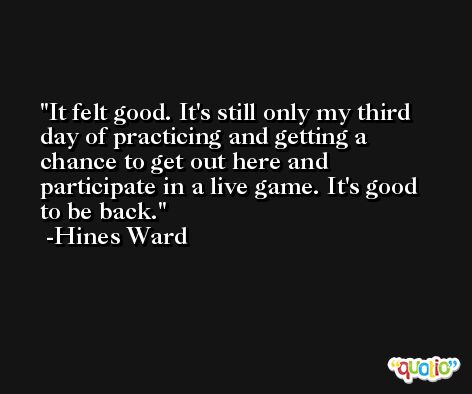 It's really important for me. The vets aren't going to play much next week, so this is really my test before the season starts.

I've got to get on the same page with him, ... Instead of doing gassers, I might as well do route-running for conditioning and catch the ball at the same time. It was tiring, but we accomplished something. 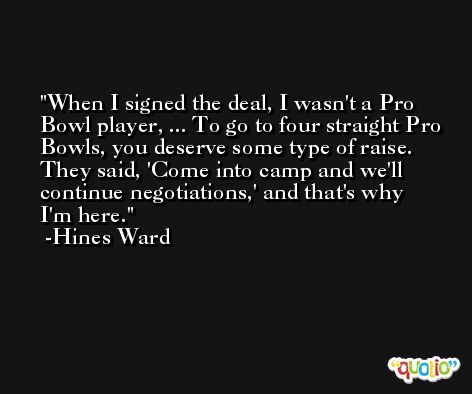 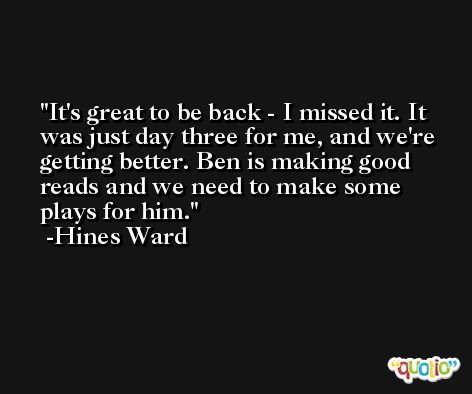