"Herbert Kaufman" was an American writer and newspaperman whose editorials were widely syndicated in both the United States and Canada. During World War I, Kaufman regularly contributed articles and editorials to the Evening Standard, The Times, and other leading British periodicals, along with more than 50 war poems, including the classic The Hell-Gate of Soissons.

If you enjoy these quotes, be sure to check out other famous writers! More Herbert Kaufman on Wikipedia.

Makers of empire, they have fought for bigger things than crowns and higher seats than thrones.

Words signify man's refusal to accept the world as it is. 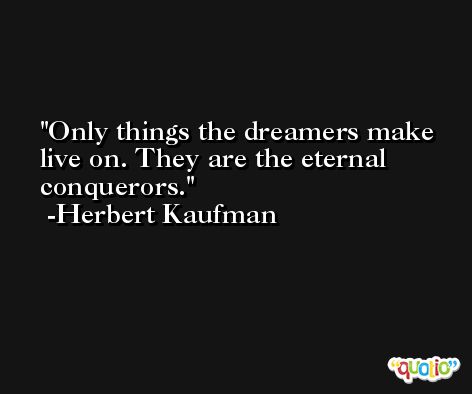