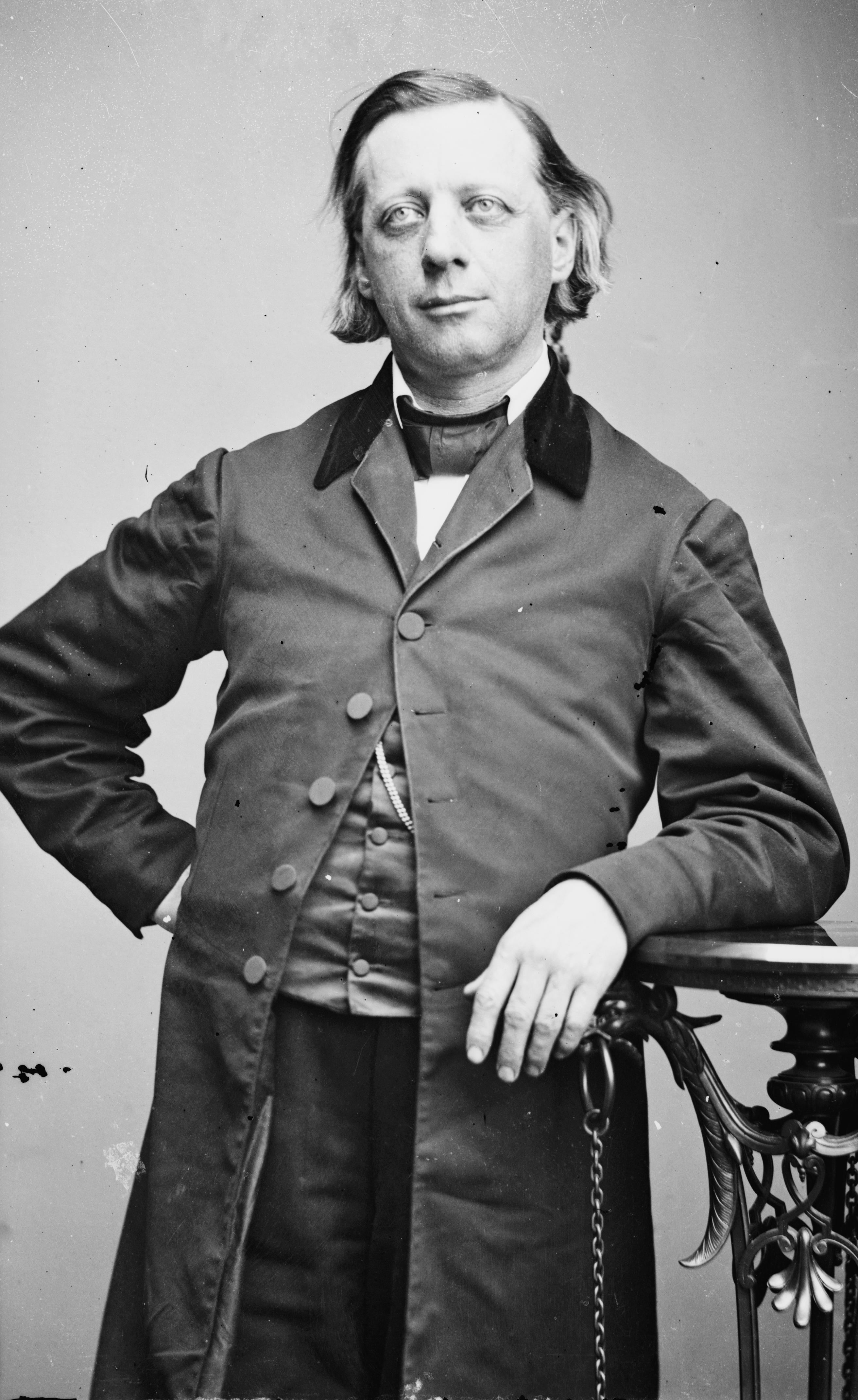 "Henry Ward Beecher" was an American Congregational church/Congregationalist clergyman, social reformer, and speaker, known for his support of the Abolitionism in the United States/abolition of slavery, his emphasis on God's love, and his 1875 adultery trial.

Henry Ward Beecher was the son of Lyman Beecher, a Calvinist minister who became one of the best-known evangelists of his age. Several of his brothers and sisters became well-known educators and activists, most notably Harriet Beecher Stowe, who achieved worldwide fame with her abolitionist novel Uncle Tom's Cabin. Henry Ward Beecher graduated from Amherst College in 1834 and Lane Theological Seminary in 1837 before serving as a minister in Indianapolis and Lawrenceburg, Indiana.

If you enjoy these quotes, be sure to check out other famous clergy! More Henry Ward Beecher on Wikipedia.

God asks no man whether he will accept life. That is not the choice. You must take it. The only choice is how.

I can forgive, but I cannot forget, is only another way of saying, I will not forgive. Forgiveness ought to be like a cancelled note - torn in two, and burned up, so that it never can be shown against one. 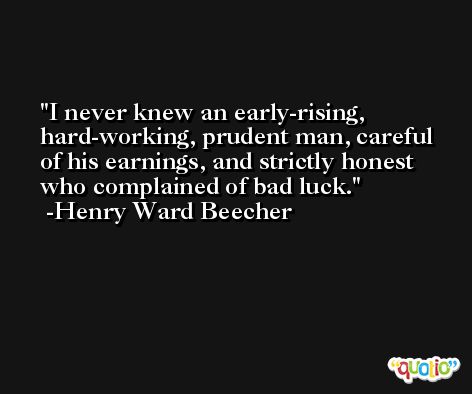 "A library is not a luxury but one of the necessities of life."

Where is human nature so weak as in the bookstore? 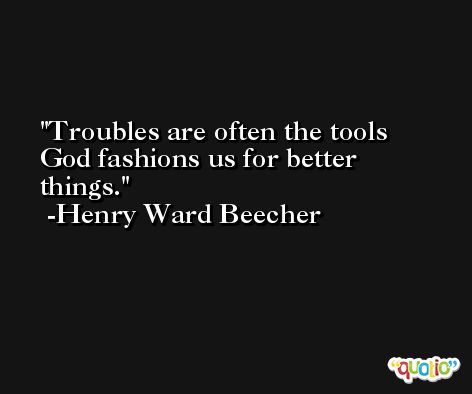 Riches are not an end of life, but an instrument of life. 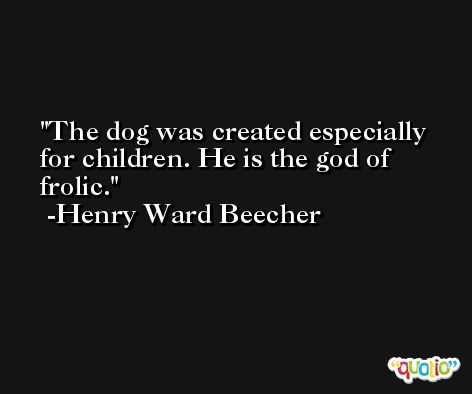 The art of being happy lies in the power of extracting happiness from common things.

It is one of the severest tests of friendship to tell your friend his faults. So to love a man that you cannot bear to see a stain upon him, and to speak painful truth through loving words, that is friendship. 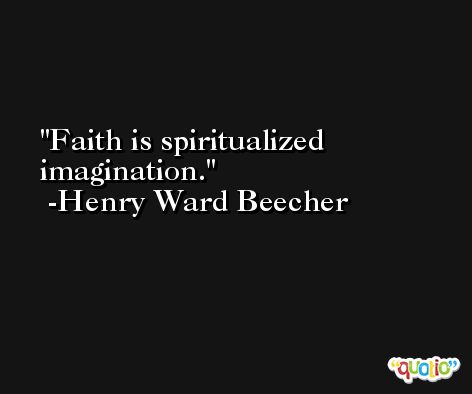 Books are not made for furniture, but there is nothing else that so beautifully furnishes a house. 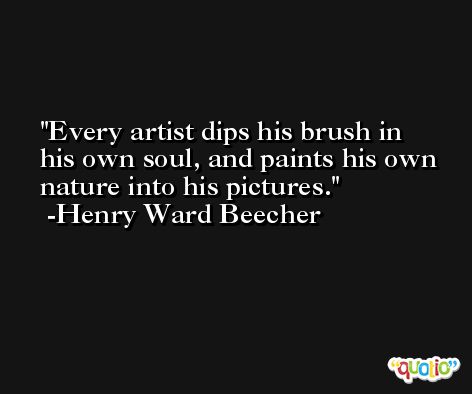 The cynic is one who never sees a good quality in a man, and never fails to see a bad one. He is a human owl, vigilant in darkness, and blind to light, mousing for vermin, and never seeing noble game.

Never forget what a man says to you when he is angry. 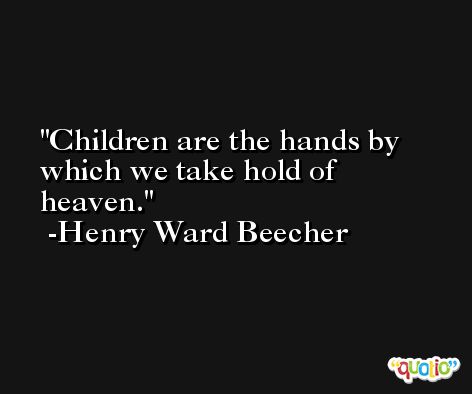 Hold yourself responsible for a higher standard than anybody else expects of you. Never excuse yourself. Never pity yourself. Be a hard master to yourself - and be lenient to everybody else.

The Bible is God's chart for you to steer by, to keep you from the bottom of the sea, and to show you where the harbor is, and how to reach it without running on rocks or bars. 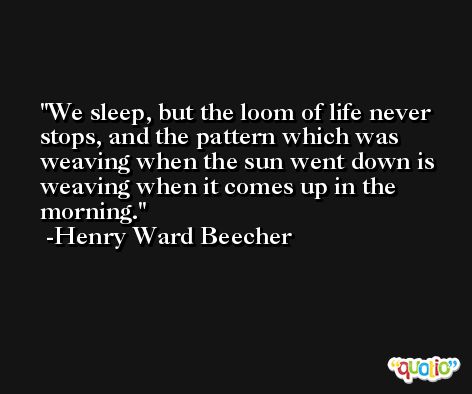 Fear secretes acids; but love and trust are sweet juices.

The meanest, most contemptible kind of praise is that which first speaks well of a man, and then qualifies it with a 'but'. 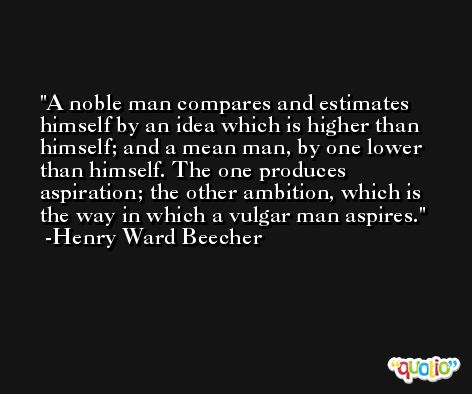 To become an able and successful man in any profession, three things are necessary, nature, study and practice.

You never know till you try to reach them how accessible men are; but you must approach each man by the right door. 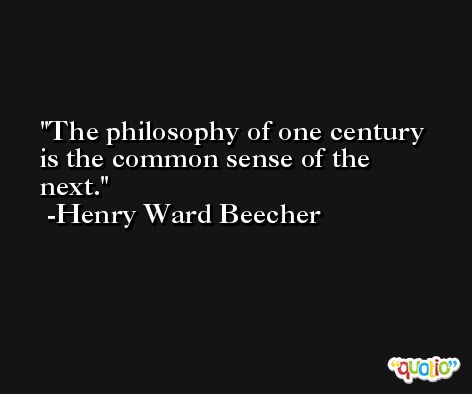 Repentance may begin instantly, but reformation often requires a sphere of years.

The power of hiding ourselves from one another is mercifully given, for men are wild beasts, and would devour one another but for this protection. 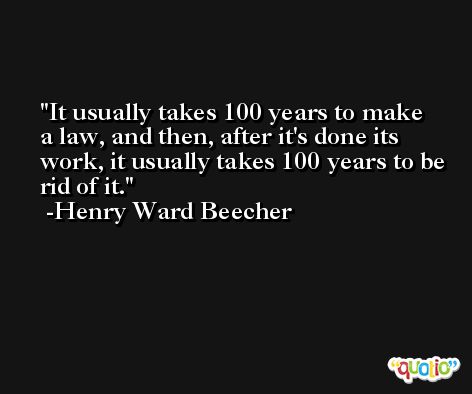