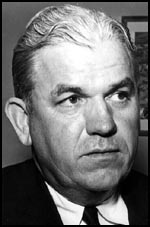 "Henry Menasco Wade" was a Texas lawyer who served as District Attorney of Dallas from 1951 to 1987. As such, he participated in two of the most notable U.S. court cases of the 20th century: the prosecution of Jack Ruby for killing Lee Harvey Oswald, and the Supreme Court of the United States/U.S. Supreme Court's decision legalizing abortion, Roe v. Wade. In addition, Wade was District Attorney when Randall Dale Adams, the subject of the documentary film The Thin Blue Line (1988 film)/The Thin Blue Line, was convicted in the murder of Robert Wood, a Dallas police officer. He is also the longest-serving district attorney in United States history.

If you enjoy these quotes, be sure to check out other famous lawyers! More Henry Wade on Wikipedia.

All I remember - I don't actually remember or know what night it was I talked to him but I assume it was that night because he did mention that the rumor was out that we were getting ready to file a charge of Oswald being part of an international conspiracy, and I told him that that was not going to be done.

There's a lot of pretext strikes, I can tell you, ... That's part of what a judge has to do, is find out if that [reason cited by a lawyer] is true. 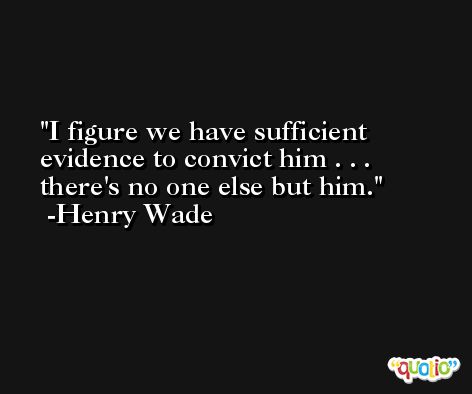 Well, they had a lot of the things they found in his possession. They had the map, you know, that marked the route of the parade. They had statements from the bus driver and the taxicab driver that hauled him somewhere.

They just hear through the grapevine [from colleagues] ... that if you want a good jury, you've got to get a lot of upper-middle class white people; you don't want black people, you don't want preachers ... you don't want schoolteachers because they're all too liberal. 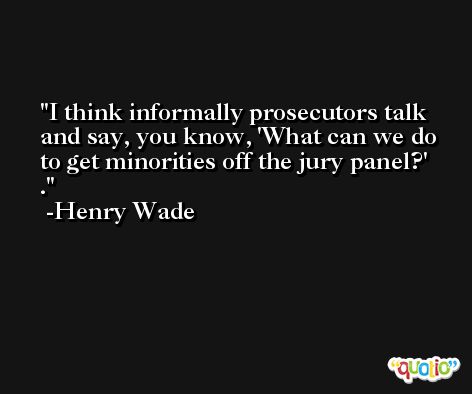 I think it's institutional.

That's how they did it back then everywhere.