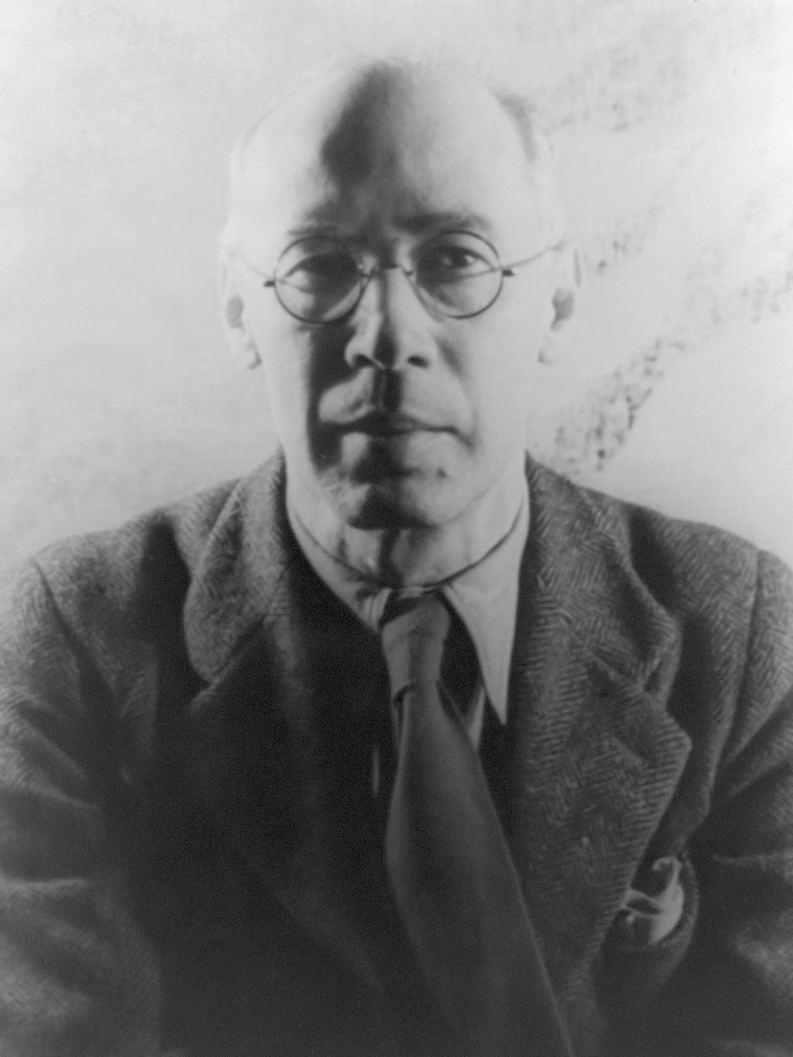 "Henry Valentine Miller" was an American writer. He was known for breaking with existing literary forms, developing a new sort of semi-autobiographical novel that blended character study, social criticism, philosophical reflection, explicit language, sex, Surrealism/surrealist free association (psychology)/free association and mysticism. His most characteristic works of this kind are Tropic of Cancer (novel)/Tropic of Cancer (1934), Black Spring (novel)/Black Spring (1936), Tropic of Capricorn (novel)/Tropic of Capricorn (1939) and The Rosy Crucifixion trilogy (1949–59), all of which are based on his experiences in New York City/New York and Paris, and all of which were banned in the United States until 1961. He also wrote travel memoirs and literary criticism, and painted watercolors.

If you enjoy these quotes, be sure to check out other famous writers! More Henry Miller on Wikipedia.

Every moment is a golden one for him who has the vision to recognize it as such.

When one is trying to do something beyond his known powers it is useless to seek the approval of friends. Friends are at their best in moments of defeat. 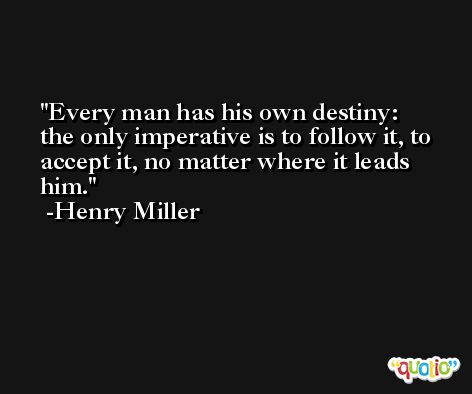 Develop interest in life as you see it; in people, things, literature, music - the world is so rich, simply throbbing with rich treasures, beautiful souls and interesting people. Forget yourself. 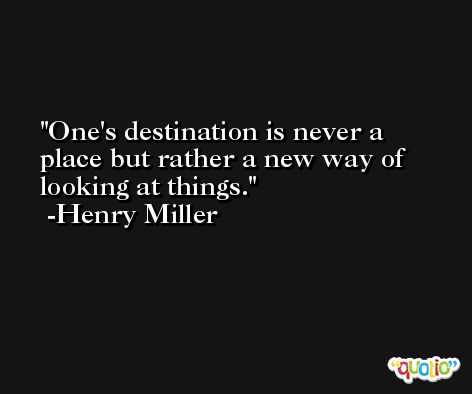 Life has to be given a meaning because of the obvious fact that it has no meaning.

To live without killing is a thought which could electrify the world, if men were only capable of staying awake long enough to let the idea soak in. 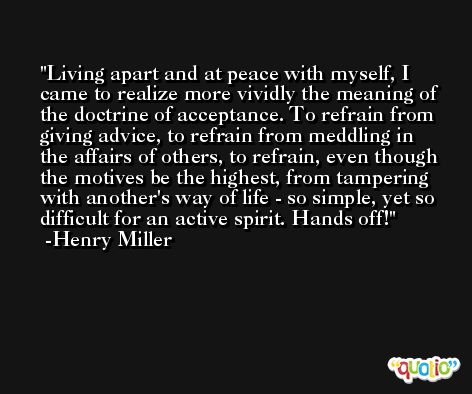 The tragedy of it is that nobody sees the look of desperation on my face. Thousands and thousands of us, and we're passing one another without a look of recognition.

Nobody can feel better than the man who is completely taken in. To be intelligent may be a boon, but to be completely trusting, gulible to the point of idiocy, to surrender without reservation, is one of the supreme joys of life. 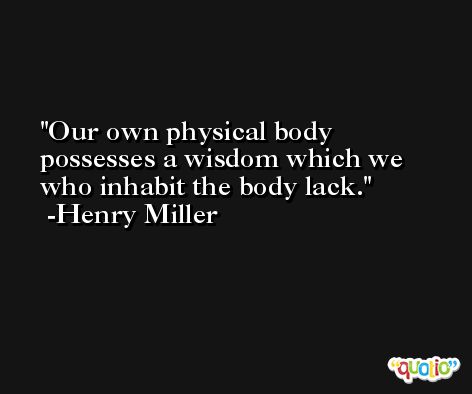 We must not just be in the world and above the world, but also of the world. To love it for what it is... is the only task. Avoid it and you are lost. Loose yourself in it, and you are free.

Sex is one of the nine reasons for reincarnation. . .The other eight are unimportant. 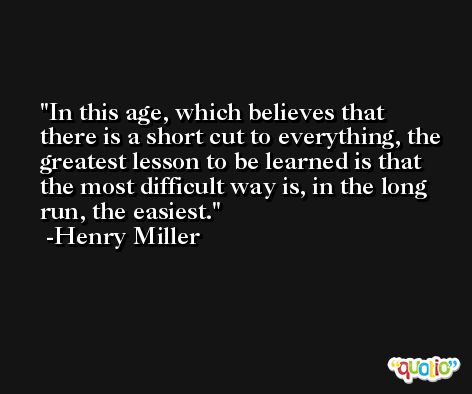 Any genuine philosophy leads to action and from action back again to wonder, to enduring fact of mystery.

Who hates the Jews more than the Jew? 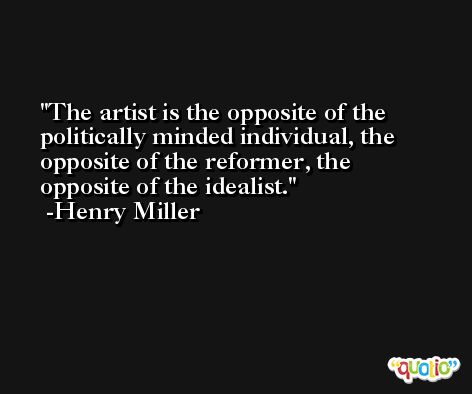 Chaos is the score upon which reality is written. 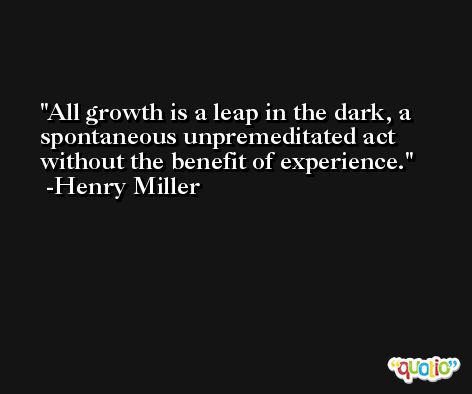 There is no salvation in becoming adapted to a world which is crazy.

I have no money, no resources, no hopes. I am the happiest man alive. 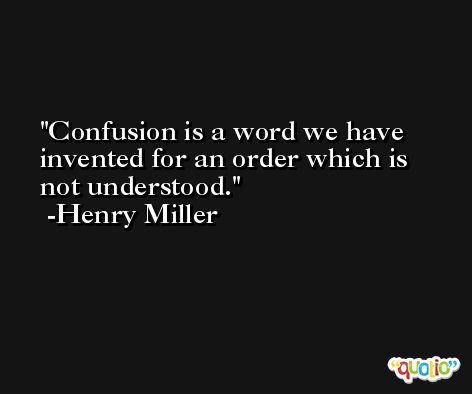 Whatever needs to be maintained through force is doomed.

The aim of life is to live, and to live means to be aware, joyously, drunkenly, serenely, divinely aware. 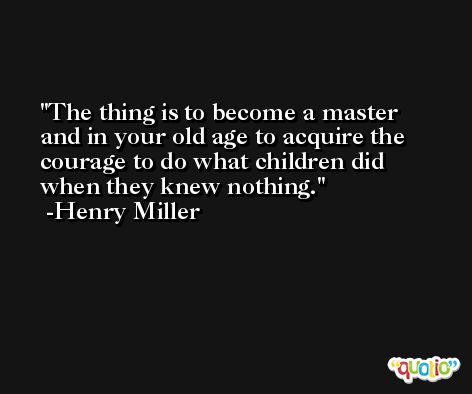 We should read to give our souls a chance to luxuriate.

What does it matter how one comes by the truth so long as one pounces upon it and lives by it? 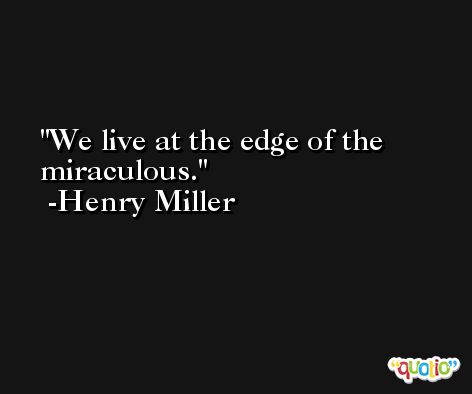