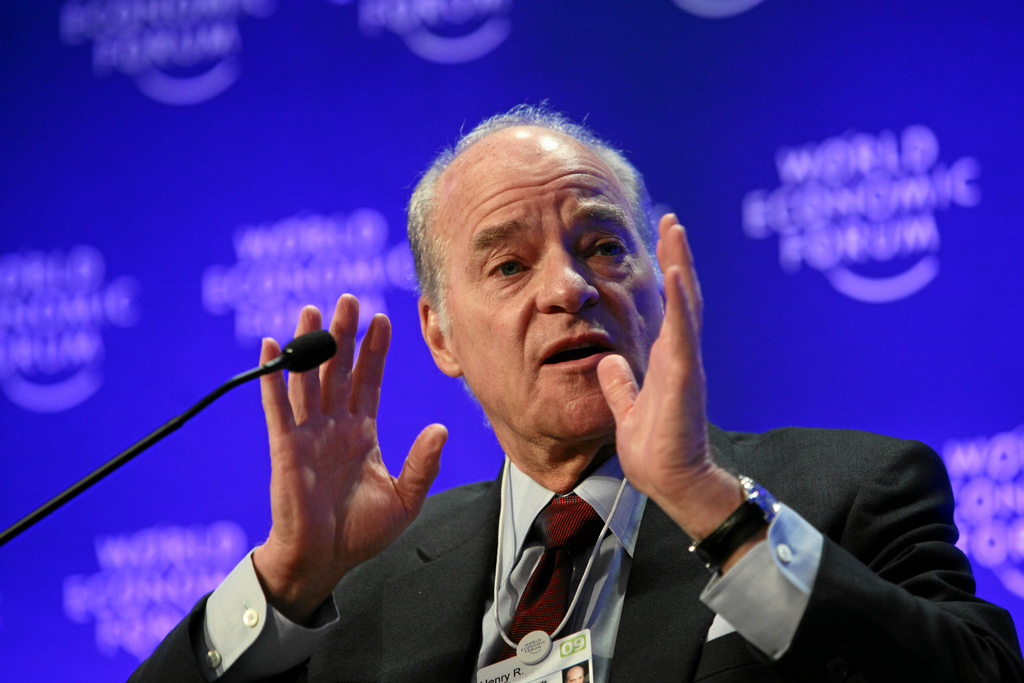 "Henry R. Kravis" is an United States/American businessman. He is the co-founder of Kohlberg Kravis Roberts & Co., a private equity firm with $94.3 billion in assets under management/assets as of December 31, 2013. He has an estimated net worth of $5.1 billion as of January 2015, ranked by Forbes as the 94th richest man in America and the 278th richest man in the world. He mainly lives in New York City and has a residence in Palm Beach, Florida.

If you enjoy these quotes, be sure to check out other famous businessmen! More Henry Kravis on Wikipedia.

The Asian markets will have pivotal global significance in the coming decades and will offer significant investment opportunities for both KKR and our existing portfolio companies.

Unfortunately, there is a flip side to having access to plentiful capital. It means that too many people without experience in building businesses have too much money. 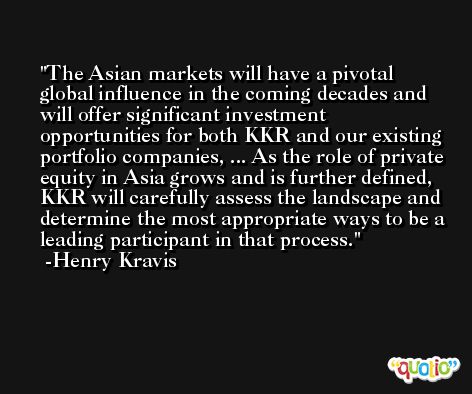